Directed by Autumn de Wilde
A witty and charming drama based on the Jane Austen novel.

Editors' Note: Due to theater closings, this film is now also available to rent or buy on Fandango and is available for pre-order on Vudu.

Emma is the last novel that Jane Austen published before her death and thanks to its charm, wit, humor, and romance it has had many delightful and enchanting film and television adaptations, including a 1996 version starring Gwyneth Paltrow. This bright and buoyant interpretation directed by Autumn de Wilde is top-drawer gem with impeccable performances, lush and lovely scenery, elegant costumes, and traditional English songs that tickle our emotions. 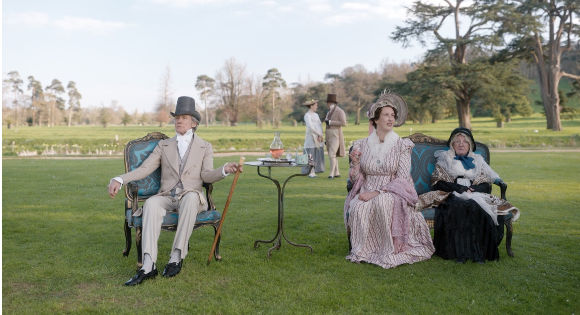 Emma (Anya Taylor-Joy) glides and sometimes saunters through her life of luxury, beauty, and pleasure on the giant country estate of her father (Bill Nighy), a hypochondriac who often orders his two male servants to move screens in front of him when he feels a draft. Emma is sitting pretty with a large fortune to take care of her and no need to marry. But that does not quell her interest in romance. She loves being a matchmaker. 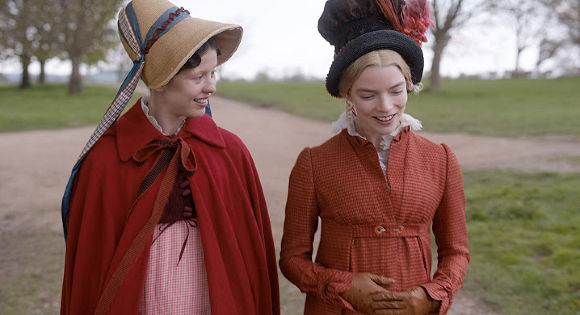 Emma's latest project is Harriet (Mia Goth), an orphan girl boarding at a local girls' school whom she invites to be her companion. Although this easily influenced young woman is attracted to Mr. Martin (Connor Swindells), a local farmer who has shown her great kindness, Emma indirectly encourages her to reject his offer of marriage. She thinks a better match would be Mr. Elton (Josh O'Connor), the quirky local vicar. When he completely surprises Emma by proposing marriage, the matchmaker is stunned speechless. 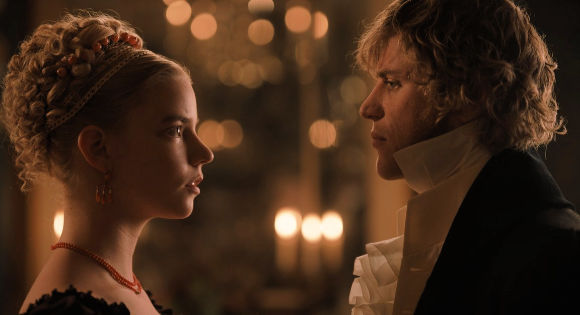 Perhaps the only person in Emma's life who is aware of her strengths and weaknesses is Mr. Knightley (Johnny Flynn) who has known her since childhood. This handsome and caring friend criticizes her for carelessly meddling in the lives of others and trying to "fix" them. He cautions her against a friendship with Frank Churchhill (Callum Turner) and seems to himself be interested in Jane Fairfax (Amber Anderson), whom Emma considers to be a rival. In a crucial scene, he chastises Emma for making a cruel comment at a picnic about Mrs. Bates (Miranda Hart). His honesty proves to be life-transforming for both of them.

The screenplay by the novelist Eleanor Catton conveys Austen's portrait of the perils of do-gooders who often harm the very persons they seek to help. This moral dimension, like everything else in this marvelous movie, works well.