Directed by Cindy Meehl
An information-rich documentary about a compassionate and holistic approach to dog care.

Americans who are very attached to their dogs depend upon veterinarians to guide them when their pets become sick. They want someone who knows about available treatments and also brings a compassionate heart to the care of both the animal and its distressed human companions.

In this information-rich documentary, Cindy Meehl presents an up-close and personal portrait of Dr. Martin Goldstein who for 45 years has pioneered an integrative approach to dog care that combines conventional and alternative treatments. He and his incredibly sensitive staff at Smith Ridge Veterinarian Center specialize in treating "hopeless, terminal cases from all over the world." 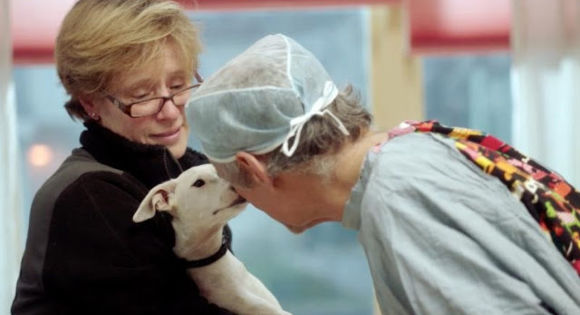 Those who are open to alternate therapies such as acupuncture, homeopathy, chiropractic, aromatherapy, and herbal treatments will be happy to see the healing powers of these therapies. Goldstein's team of doctors focus on ways to boost their canine patients' immune systems so they can better fight off disease. They also want to improve the animals' quality of life, even if there is nothing they can do to reverse a disease. The documentary follows several cases, including a dog given injectable vitamin C therapy after having a severe reaction to a shot and a dog with a mouth cancer who undergoes cryosurgery during which the tumor is frozen and removed. 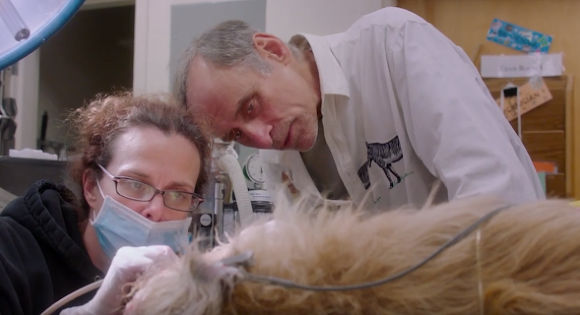 Goldstein has been documenting his success with these approaches for years, gathering scientific and anecdotal evidence to counter the statements of traditional veterinarians who have scoffed at his views and even called him a quack. But attitudes are changing, and the documentary includes a sequence when Goldstein speaks to students of veterinary science at his alma mater, Cornell University.

Director Cindy Meehl who was at the helm of Buck, the 2011 profile of horse whisperer Buck Brannaman, pays close attention to both the suffering and the playful pleasure of dogs. She also vividly conveys the gamut of genuine emotions displayed by their human companions.