Directed by Marc Meyers
A morality play about economic inequality.

This morality play revolves around two fathers, their obsession with money, and their inability to handle their wayward college-bound children. It takes place on the East Coast during 1981. In order to fulfill their extravagant yearnings, these characters make a series of bad decisions which bring more confusion and chaos into their lives than they ever thought would be possible.

Drew Hegel (Liev Schreiber) is a real estate agent who is thrilled when he meets Quint Manning (Peter Sarsgaard), a famous and phenomenally rich venture capitalist. Because their children are friends, Quint invites Drew to a game of tennis. Later, Drew convinces the self-absorbed businessman to allow him to invest in his hedge fund. But Hegel doesn't really qualify for this type of investment; he has to borrow the minimum of $300,000 and falsify his report to the SEC. 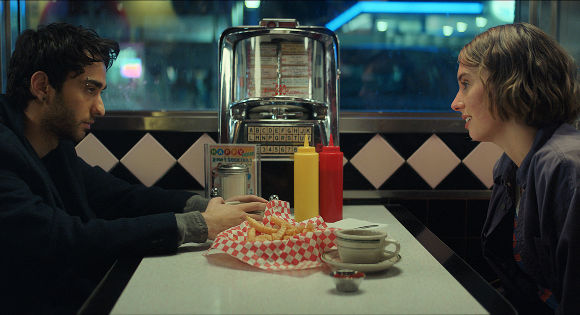 To complicate his situation, his second wife Ronnie (Betty Gabriel) announces that she is pregnant with twins, and his rebellious daughter Shannon (Maya Hawke) begins a relationship with Ian (Alex Wolff), a mentally unstable youth who has been in prison. Like her father, she is a dreamer who also is a terrible judge of character.

When the hedge fund's investments take a precipitous downward swing, Hegel asks to get his investment back. But Manning humiliates him and shows his true colors as a wheeler-dealer. His wife Carrie (Marisa Tomei) also feels the sting of her husband's wrath when he decides to sell the property she has had them buy to turn into an arts center. The final incident which unfolds throughout this morality play involves a hit-and-run mishap that shows the lack of respect that underlies the actions and decisions of the Mannings, the Hegels, and their children. 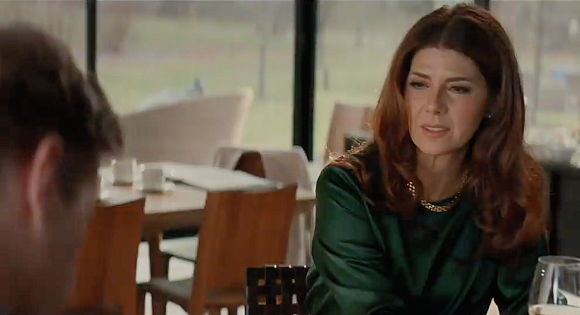 Human Capital scores many points in its ethical portrait of the dashing of the American Dream, the greed and selfishness of the very rich, and the sad state of affairs among so many youth who are caught up in the dishonesty and amorality of the culture. The director unfolds the story from different perspectives, a choice that sometimes makes it difficult to understand the time frame and sequence of events. But viewers will see how the consequences of actions are not spelled out in the same way for the rich and the middle-class.

Here are some resources addressing the spiritual consequences of economic inequality and the growing gap between the rich and everyone else.

The Divide: American Injustice in the Age of the Wealth Gap by Matt Taibbi is a hard-hitting look at the shameful happenings in America resulting from severe economic inequality.

Living with Financial Insecurity, a Spiritual Literacy in Today's World feature written after the financial crisis of 2008, contains some still-relevant readings from teachers of the world religions plus spiritual practices for coping with financial crises.

A Prayer for Those Who Are Unconcerned About Economic Inequality is a post in S&P's Praying the News Blog.

A Prayer to End Global Economic Inequality is another prayer from S&P's Praying the News Blog.