Directed by Miranda de Pencier
Inspiring true story of an Inuit lacrosse team who transform themselves and their community.

The theatrical release of The Grizzlies has been postponed due to the Covid-19 Pandemic. Check the film's Facebook page for updates on a new release date or other viewing options.

In 2004, Kugluktuk, a small Inuit town in the Arctic, has the highest suicide rate in North America. Most of the town’s youth spend their after-school hours hanging out, drinking, or using drugs. Some are needed to work for their families and don’t go to school at all. Others have to cope with domestic abuse from their equally despairing parents. 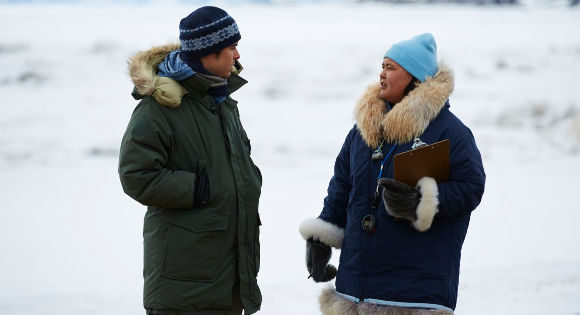 This scene is quite shocking to Russ Shepherd (Ben Schnetzer), who arrives for a one-year teaching position at the high school. Determined to make a difference inside and outside the classroom, he decides to share his passion for the sport of lacrosse with his unmotivated students. After nobody shows up for the first practice, he learns from his best student,Miranda (Emerald McDonald), that he needs to shift his approach by recruiting known leaders and showing them respect. He also learns that he must acknowledge the trauma suffered by previous generations of Inuit families forced to attend residential schools, give up their language, and assimilate to Canadian culture.

Eventually the boys and one girl take to the sport and develop into a real team, and Russ enters them in a Canadian national lacrosse tournament. Now in addition to getting in shape and mastering the sport, the team, renamed the Grizzlies, have to raise more than $20,000 to get to Toronto. The school principal (Tantoo Cardinal) is not supportive; she urges Russ not to add to the long list of promises white people have made to the Inuit. The school’s math teacher (Will Sasso), on the hand, helps with the coaching and serves as a chaperone for the trip. 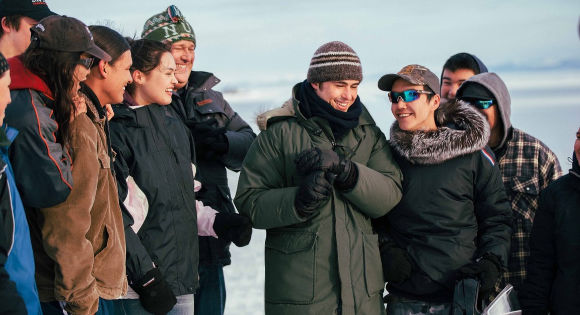 There is a whole genre of “inspirational sports movies” that emphasize the value of teamwork, discipline, courage, and determination. This one salutes all those qualities and goes further. It addresses the role that sports can play in uplifting an entire community, helping them to see that their future need not be defined by their past.

The Grizzlies is based on a true story, and most of the actors come from an Inuit community. You’ll find yourself cheering for this team as they play the game, and even more as they demonstrate how to revive a community. That’s amply illustrated by the updates about what the real-life Grizzlies are doing today which play at the close of the film.