Directed by Brent Wilson
A rollicking and revealing documentary about the birth and evolution of Doo-Wop music.

There was once a magical and wonderful time when young African-Americans created vocal harmonies under the streetlights. The music they performed was something fresh, and soon groups were snatched up by producers who knew they could sell millions of records. And they did!

One of the first stars was Frankie Lymon, an immensely gifted 14-year-old vocalist who along with the “Teenagers” made the song "Why Do Fools Fall in Love" into a smash global hit. Seeing the astonishing success of these kids, other groups appeared on the scene. Their sound became known as “Doo-Wop.” It had its roots in gospel music and R&B and eventually morphed into Motown and rock ‘n’ roll. It surprised everyone in the music industry as it crossed over the long-established lines between black music and white music. 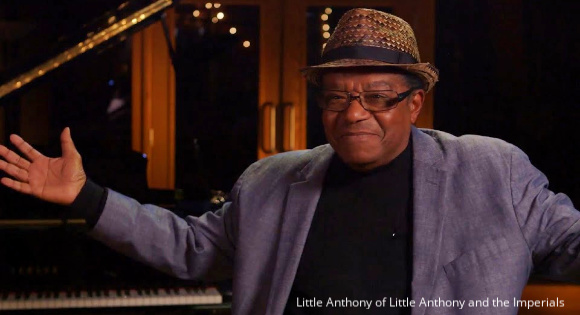 Brent Wilson wrote and directed this rollicking and revealing documentary which includes interviews and abbreviated performances by the major movers and shakers of this universally appealing music. Music legends such as Anthony Gourdine (Little Anthony and the Imperials), Terry Johnson (The Flamingos), Brian Wilson (The Beach Boys), La La Brooks (The Crystals), Vito Picone (The Elegants), Charlie Thomas (The Drifters), Barbara Jean English (The Clickettes), and many more, share their memories of the music and the response to it. They recall how during the 1950s moral crusaders and racist radio stations tried to suppress this lively brand of black music. During tours through the South, white supremacists gave the groups a taste of the hatred and violence which would be protested during the 1960s Civil Rights movement. 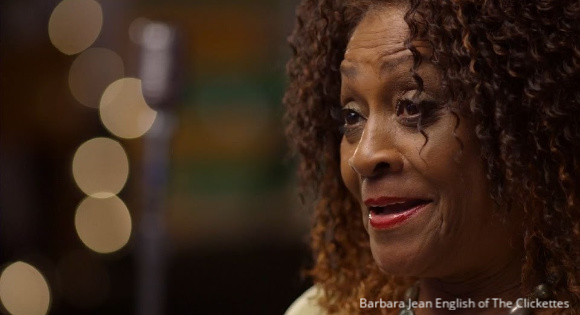 But the interviewees mostly share happy memories. They talk about groups singing on opposite street corners, imitating the instruments they couldn’t afford to buy. The men confess they loved attracting so many girls. Their stories are reinforced by comments by music historian Dr. Charlie Horner and famed disc jockey Jerry “the Greater” Blavat, who talk about the importance of the songwriters, many of whom worked in New York’s famous Brill Building. The music became a great uniter with many racially integrated groups playing to mixed audiences.

One of our favorite songs is Kenny Vance's "Looking For An Echo" in which the singer sums up the history and evolution of Doo-Wop:

“At Erasmus Hall High School, we used to harmonize
Me and Benny and Ira and two Italian guys
We were singing oldies, but they were newies then
And today when I play my old 45's, I remember when...
We'd practice in a subway, in a lobby or a hall
Crowded in a doorway, singing doo wops to the wall.
And if we went to a party and they wouldn't let us sing,
We'd lock ourselves in the bathroom, and nobody could get in.
'Cause we were looking for an echo, an answer to our sound
A place to be in harmony
A place we almost found.” 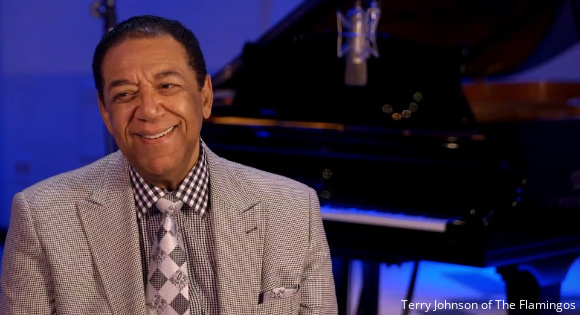 One of the delights of this documentary, besides the many clips of Doo-Wop music, is seeing how these aging artists respect and praise each other. At the end of the film, they express their gratitude for having been able to have careers blending fun and fulfillment through music. And that quest to be in harmony endures. In a powerful closing segment, we meet Straight No Chaser, a contemporary a cappella group carrying on the legacy of Doo-Wop. They are joined by Vito Picone of The Elegants, La La Brooks of the Crystals, and Charlie Thomas of the Drifters for a rousing rendition of “Stand by Me.” You’ll be moved from the moment Charles Thomas opens his mouth.