Directed by Matt Wolf
Fascinating documentary about how a group of counter-cultural innovators tried to prove the viability of colonies in space.

Spaceship Earth is being released through both traditional and non-traditional venues. It will play theatrically in participating drive-ins and select pop-up city-scape projections. NEON has partnered with theater websites and other businesses, including film festivals, museums and first-time film purveyors like bookstores, restaurants and more. There will also be a simultaneous digital launch on Apple TV, Amazon, Google Play, FandangoNow, Vudu, DIRECTV, DISH and Hulu.

Not too long ago, many Americans were convinced that the nation could do the impossible while the rest of the world stood by and responded with a thunderous burst of applause. After all, the United States had gone to the moon.

In the 1990s some ambitious souls who were jazzed by the prodigious feats in outer space came up with what they saw as a spectacular demonstration of science and "new consciousness" which was afoot in American culture. They would create a habitat, to be called Biosphere 2 (the Earth being Biosphere 1) to demonstrate the feasibility of self-sustainable colonies in space. 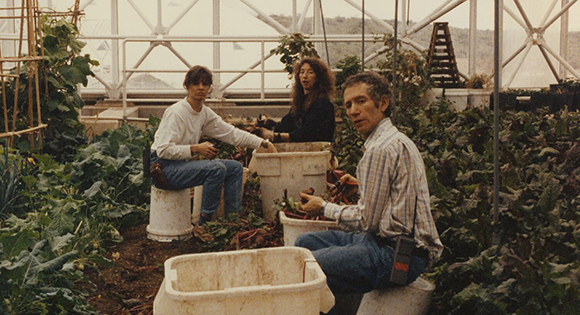 Who inspired them? R. Buckminster Fuller, an engineer, inventor, architect, and visionary famous for his design of the geodesic dome as an innovative shelter. Bucky once summed it all up when he said, "There is no crisis of energy, only a crisis of ignorance." His genius rippled through 28 patents and more than 30 books where many of the words he coined or popularized, such as "Spaceship Earth" and "synergy," reflected his dedication to cooperative effort on behalf of all people to create a more sustainable planet.

The Biosphere 2 project aimed to put Bucky's ideas into practice. Headed by John Allen, this group of countercultural independents had already had a traveling avant-garde theater company, lived together at the Synergia Ranch in New Mexico, and built their own ocean-going ship, the Heraclitus. Now they set about creating a self-contained habitat where eight people would live for two years without any supplies from the outside, including air and water. They traveled the world to collect plant and animal species for this modern-day Noah's ark. Inside the Biosphere, they created a coral reef, a rainforest, and even a desert. None of this was cheap. The $150 million project was funded by Edward Bass, an environmentalist who was heir to a Texas oil fortune. 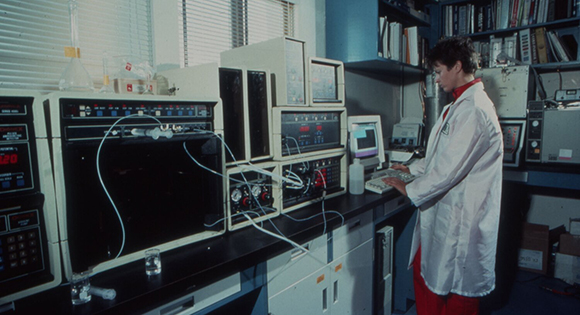 Writer and director Alan Wolf captures in this fascinating documentary the pride, the muck-ups, and the value of some of the scientific research done during the two-year time frame of Biosphere 2. We get to know some of the "biospherians" and hear their stories about their motivations and experiences. We also hear from some critics of the project.

In a press interview, Wolf stated:

"While making this film, I never could have imagined that a pandemic would require the whole world to be quarantined. Like all of us today, the biospherians lived confined inside, and they managed day to day life with limited resources, often under great interpersonal stress. But when they re-entered the world, they were forever transformed — no longer would they take anything for granted — not even a breath. In light of Covid-19, we are all living like biospherians, and we too will renter a new world. The question is how will we be transformed? Now with a visceral sense of the tragedy of our world, it is on us to protect it." 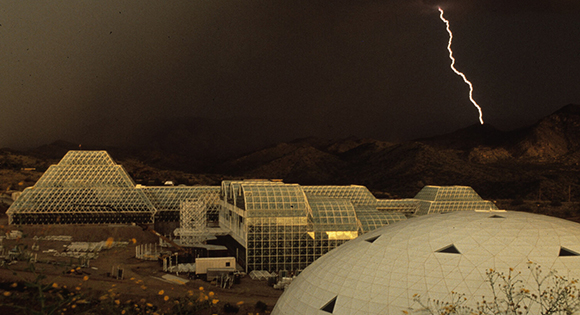 Equally cogent are these two quotations about the challenges facing humankind as we care for the good Earth and all its bounties:

"We are all astronauts on a little spaceship called Earth."
-- R. Buckminster Fuller

"There are no passengers on spaceship Earth, we are all crew."
-- Marshall McLuhan