Directed by Elizabeth Carroll
A look at the lively life of the world's leading expert on Mexican food.

Diana Kennedy: Nothing Fancy is showing in virtual cinemas, with ticket sales going to independent theaters. See this list for the theater near you.

"It is the infectious energies of exuberance that proclaim and disperse much of what is marvelous in life. Exuberance carries us to places we would not otherwise go."
-- Kay Rutherford Jamison in Exuberance

People like Diana Kennedy stand out from the crowd. They are energized by what they do, and they share their passion with others. Like the character Zorba the Greek, she has many names. Some people call this 97-year-old wizard the Julia Child of Mexico; others see her as the Mick Jagger of Mexican cuisine.

Originally from England, she moved with her husband to Mexico some 60 years ago. Now she lives alone on a ranch in Mexico in an ecologically sustainable house complete with solar power. In her greenhouse, she grows many of the ingredients for her cooking. For many years, she has left this retreat and driven to villages all over Mexico to research to learn more about the foods and flavors of the different regions. "I sort of went where the wind blew me, you know, out of curiosity," she explains. "I said, I just have to learn this." 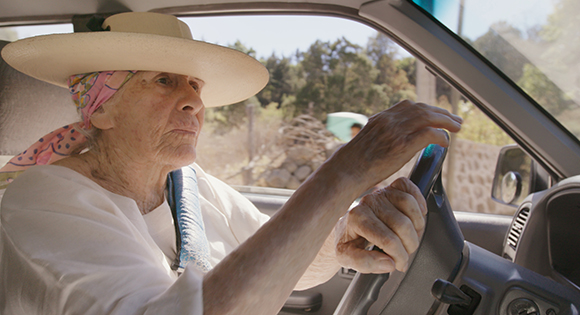 "Don't boil. Simmer." This is just one piece of advice she passes on to the women and men, many of them chefs with their own restaurants, who come to learn from her; they consider it an honor just to be in the presence of this kinetic woman. After trading barbs with a photographer, he calls her "feisty."

"Never let me hear you say a cookbook is expensive," she says, "a novel you read just once, a cookbook is on your shelf for 30 years." This is certainly true of her nine cookbooks. She has won two James Beard Awards and was decorated with an Order of the Aztec Eagle from the Mexican government. She is widely acknowledged as the world's academic expert on Mexican cooking. 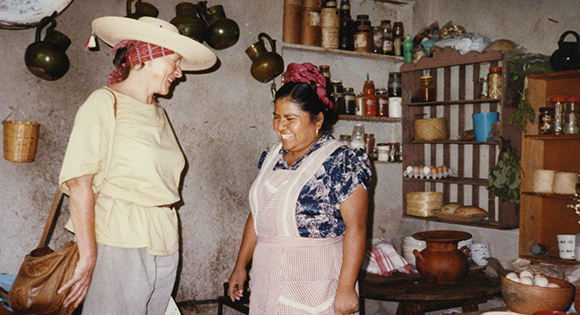 Director Elizabeth Carroll has made a sprightly and entertaining documentary about a talented English woman who has done more to promote Mexican food than anyone else on the planet. She includes interviews with chefs Alice Waters, Jose Andres, Rick Bayless, Gabriela Camara, as well as some taking classes at the cooking school she runs out of her house. You'll love her stories, her cooking demonstrations, and her interactions with the village cooks she has learned from and so admires. And if you don't already have one of her cookbooks, you'll be ordering one during the closing credits!