Sing Me a Song

Directed by Thomas Balmes
An exploration of the emotional undercurrents of the digital revolution in, of all places, a Buddhist monastery.

Sing Me a Song is a profound, stirring, and often disturbing picture of the manifold ways in which today's technology -- computers, the Internet, smart phones, video games -- is creating a mediated landscape that deeply affects our spiritual, emotional, and social lives.

Bhutan, a small country in the Himalayans between India and China, is best known as having set a goal of Gross National Happiness instead of Gross National Product, and for many years, new technologies were not welcome. That all changed in 1999 when King Jigme Wangchuck approved the use of the Internet and other new services throughout the country. Soon nearly everybody had a cell phone, including farmers and monks. 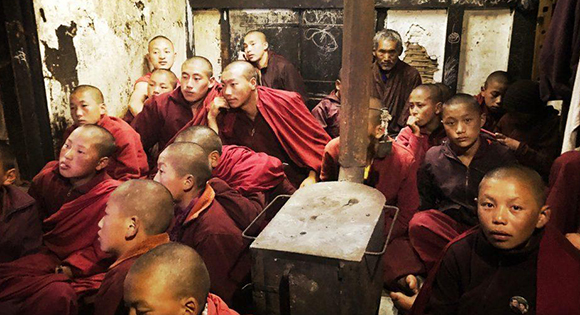 Thomas Balmes (Babies) is a French film director whose deft and insightful 2013 film Happiness introduced us to Peyangi, an eight-year-old boy training to be a monk in a remote monastery in Laya. He is a simple, playful, and curious lad who shows us the disciplines and duties of a young monk in the Tibetan tradition.

For Sing Me a Song, Balmes serves as both director and cinematographer. This documentary is set ten years later when Peyangi and his fellow monks have had their lives transformed by access to the Internet, wifi, and cell phone service. In one of the most startling scenes in the film, the director shoots a picture of the monks in a circle reciting the traditional chants as their bowed heads are looking at their cell phones. 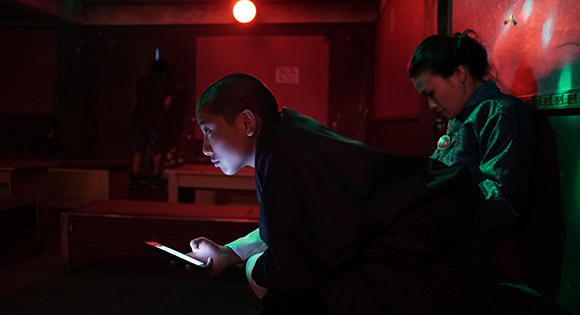 Peyangki and his monk friends are very much taken with the multiple seductions of the digital world. They are tired of the repetitious world of study, chanting, meditation, and obedience. When the discipline master tells Peyangki it is time for him to get serious about studying and not playing on his mobile phone so much, viewers will sense that this is not going to happen. Using the "We Chat" app, he finds a "girlfriend" who sings songs for him and inquires regularly about what he is doing. They talk about meeting up, even though she lives in the city of Thimphu and is considering going to Kuwait to make more money as a bar singer. 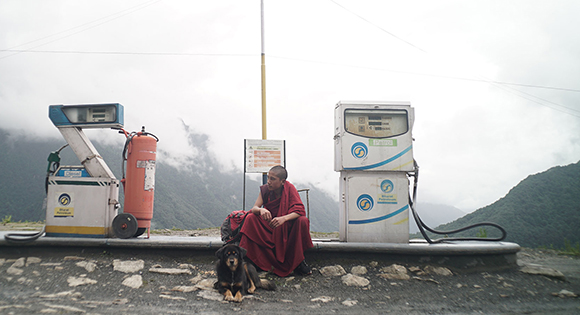 Most disconcerting is the monks' fascination with video games which water the seeds of violence within them. In the market, they buy plastic guns and play "World War" in the forests around the monastery. One scene in the city shows a group of boys in monk's gowns waiting outside a storefront. When it opens they flock into a video arcade and are soon blasting landscapes and killing enemies in the games.

Peyangki makes some decisions that lead him to tell his friend that "I'm too far from the Buddha now." What will he do? The director gives us visual signs near the end of the documentary that reveal his answer.