Directed by Kitty Green
A sobering study of power, complicity, and the enduring violence of silence.

Those approaching Kitty Green’s The Assistant hoping for a satisfying dose of Hollywood #MeToo triumph will leave disappointed and, hopefully, even further enraged. In the monotonous world of titular assistant Jane (Julia Garner), the climactic movie moments so often manufactured to leave audiences cheering the overturning of power structures are nowhere to be found. Instead, over the course of nearly 24 mostly monotonous hours of Jane’s day, viewers are implored to bear witness to the steady insidiousness of a system that feels truer to how power actually plays out in the real world. A study in quiet complicity, it’s absolutely stunning, in every sense of that word.

Jane is rather new at her job assisting a New York City film studio chairman, and though she seems to have once had her sights set on being a film producer herself, from the first early morning moments of The Assistant, cracks of weariness are already apparent on her young face. Jane feels her dreams being deferred as she works grueling hours booking travel plans, ordering lunch, and essentially picking up all the work no one else in the office wants to do. 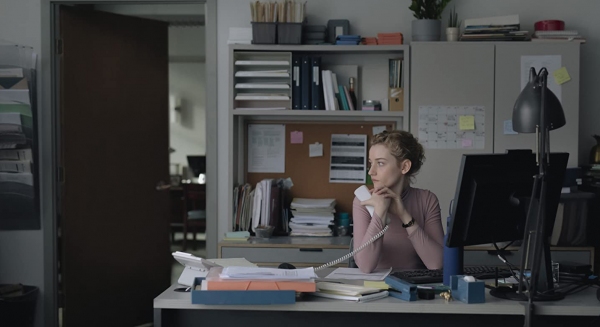 Jane’s boss is nowhere to be seen, though the loud threat of his power-hoarding presence looms large over every move she makes. Jane has pieced together the fact that the actresses who enter his office are probably doing more than simply auditioning for movie roles. As Jane welcomes a suspiciously young and naive new hire, Ruby (Makenzie Leigh), her protective nature surfaces and she decides to seek the counsel of the company’s human resources manager (Matthew Macfadyen). When her concerns are casually dismissed with a smarmy smile and a flip, “You’re not his type,” Jane’s true powerlessness within this rigged and shadowy system comes into stark light.

Of course, The Assistant feels ripped from the headlines and is particularly reminiscent of the recent Harvey Weinstein sexual assault accusations, but this of-the moment-ness seems almost beside the point. Green’s film doesn’t want to merely tell the story of a specific man and his specific proclivities in a specific time. The Assistant wants to get under each of our skins and nudge us to ask questions about our own participation within unbalanced structures that thrive not only on the brazenness of the powerful, but also on the silence of the powerless. As Jane’s moments of sleuthing get mired in the hushed cooperation of everyone around her, her own self-preserving instincts threaten to overshadow her more justice-minded moves, and she is left weighing options that will probably feel too familiar to too many viewers. 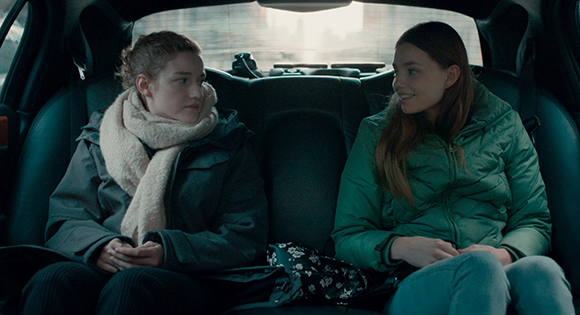 The angry rage at the center of The Assistant is all the more stunning because it refuses to rise above a slow simmer. There is a disturbing numbness to the lazy neutrality of many of its characters, and Jane’s eyes, always appearing to be just a moment away from tearing, reflect a brutally banal reality that continues simply because it seems too big and complicated to confront. In a system where success and power are worshipped, Jane is no hero, both because the structures around her won’t help her to be and because those structures force her to believe that she will risk her own future by making too many waves. And though The Assistant ends with no real resolution, Jane is seemingly left with only one actionable choice: to give up her game-changing fight, turn her gaze from the truth, and disappear into comfortable fear.

The stirring question at the heart of The Assistant is a deeply spiritual one, and while it is specific to sexual assault and harassment, it also speaks to the intersections of so many of our perennial social injustices: If the systems perpetuating the power that destroys so many lives are so obviously vile, why do so many of us decide to remain dumb and detached? The writing is on the wall. It will take bold stepping out of our stunned silence to make any strides toward actual soul repair, so why do we so often keep running quietly in place?