Directed by John Leguizamo
Inspiring true story that proves that the game of chess can be a path to self-esteem and mastery for youth of any background.

The setting for this predictable but engrossing movie begins on a hot summer day in a Miami ghetto where Latinos and African-American high school students listen to their teacher (John Leguizamo) tell them that the game of chess is the great equalizer. It gives players a chance to test their critical powers, to strut their stuff, and show everyone what they've got. 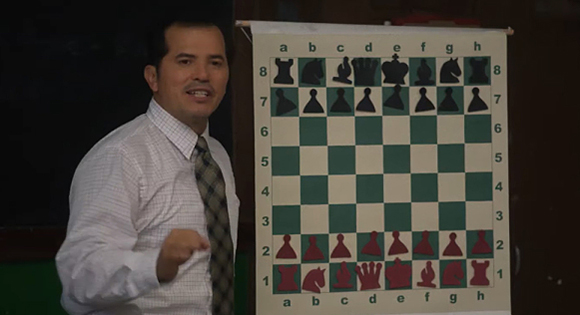 His students call him "Mr." and it is easy to see that part of their love and zeal for chess is their respect and admiration for him. These boys are all fighting to keep their souls alive. Sedick (Corwin Tuggles) is hobbled by a critical father (Michael Kenneth Williams) who makes him feel worthless. Gil (Will Hochman), a talented white student who had left the class earlier, is convinced to return when he finds out he is respected by the others. Rodelay (Angel Bismark Curiel) comes off as a cut-up, but proves that he can be serious and sincere when he needs to be. Ito (Jorge Lendeborg) has no money so he begins to moonlight as a drug dealer, threatening his chances to play in the tournaments. Marcel (Jeffry Batista) has to make adjustments as a newly arrived immigrant from Cuba. 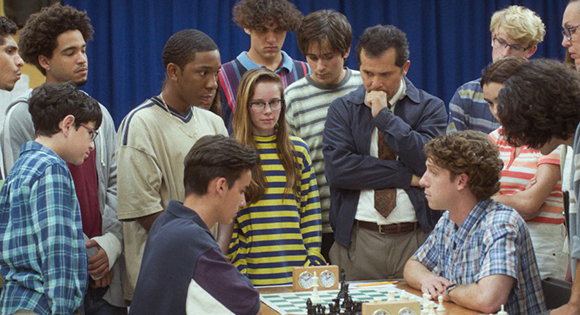 Propelled by their teacher's no-nonsense inspirational talks, these students buckle down and perfect their skills, winning one tournament after another. Without the resources of larger schools from affluent neighborhoods, they have to figure out ways to cover the travel to tournaments. But that's all part of the learning. They discover that covering each other's backs is what winning is really all about. Travel and new experiences give them a fresh appreciation for themselves and their friends. Director and lead actor John Leguizano does not gloss over or sentimentalize inner-city life for these young people. This makes the film all the more inspiring.