Directed by Lydia Dean Pilcher, Ginny Mohler
True story of women who fought back when they learned they had been exposed to toxins on the job.

In 1928, the United States Radium Company employed young women to use paint radium on the numbers and hands of "glow-in-the-dark" watches. The girls were paid 1 cent a dial and to speed up their work, were encouraged to lick and shape their brushes. Although the owners of this successful business knew the dangers of radium, they did not inform their employees about the risks. 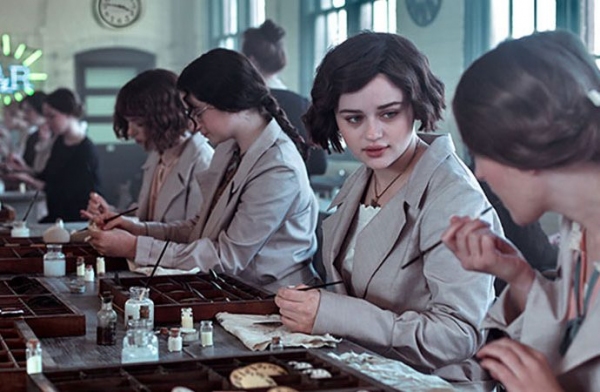 The true story of the group of employees who became known as the Radium Girls has been told in book and as a play. It is a portrait of corporate crime, a scientific mystery story, an inspiring account of victims banding together, and a courtroom drama. The movie version marks the directorial debut of Academy Award-nominated producer Lydia Dean Pilcher and filmmaker Ginny Mohler. They wrote the screenplay with Brittany Shaw. Lily Tomlin and Jane Wagner were among the executive producers. 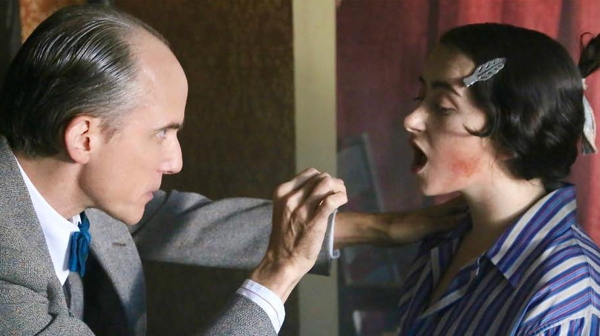 The fim focuses on teenage sisters, Bessie (Joey King) and Jo (Abby Quinn), who are happy to have jobs at American Radium until Jo begins to have some strange symptoms; she feels dizzy, loses a tooth, and has aching joints. The company doctor says they have nothing to worry about, attributing prior worker deaths to syphilis. But Bessie is not convinced. She and some of the other girls dig deeper and eventually file a lawsuit against the company.

The film is based on the landmark case for worker health and safety. This is another movie about a courageous whistleblower who made sacrifices for the common good.