All In: The Fight for Democracy

Directed by Liz Garbus, Lisa Cortes
Informative documentary on the history of voting rights and the threats to it in our time.

Americans like to talk about the primacy of voting and the freedom that results from it. But the historical truth is that at the time of the Founding Fathers, only 6% of the population -- rich, male, property owners -- could vote, and it took more than a century for blacks, women, Asians, and Indigenous Americans to gain the right to exercise this privilege of representational democracy. When black men were given the vote after the Civil War, they elected many black leaders, a development that so alarmed the whites that they established poll taxes and literacy tests to prevent them from voting.

When President Lyndon Johnson signed the Voting Rights Act into law in 1965, this kind of voter suppression was outlawed. The law was further expanded 10 years later to protect the voting rights of language minorities. The election of Barack Obama seemed to prove that barriers to voting based on racial discrimination had been eliminated, although several states still tried to put new restrictions in place.

Then in 2013, the Supreme Court struck down the part of the law that prevented states from changing their voting laws without federal approval. Immediately the states began to put new restrictions in place; in Texas, for example, the requirements for voter identification were expanded; in North Dakota, no one could vote who did not have a physical address. Other states began purging voting rolls and shutting down polling places. Their targets: blacks, Latinos, Asian-Americans, the young, and the poor. 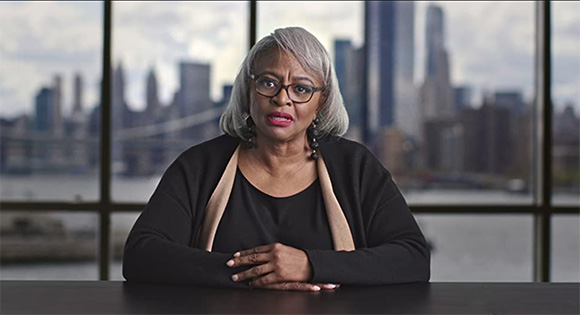 As In: The Fight for Democracy tells this sad story through interviews and comments by scholars, lawyers, and other experts. Most impressive is Carol Anderson, Professor of African American Studies at Emory University and author White Rage: The Unspoken Truth of Our Nation's Divide and One Person, No Vote: How Voter Suppression Is Destroying Our Democracy. She brings history to life with concise explanations of the law and vivid stories of its consequences. One in particular is especially heart-breaking: the story of Maceo Snipes, a World War II veteran killed by the Ku Klus Klan in 1946 for exercising his right to vote. 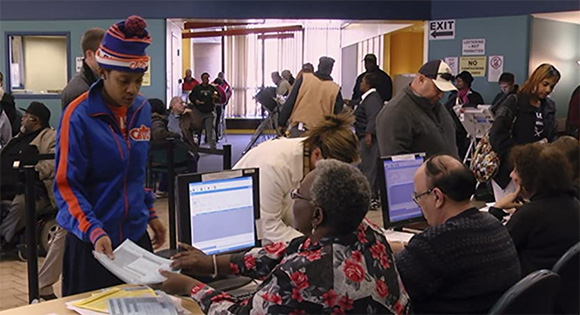 The other effective spokesperson for voting rights is Stacey Abrams, the African-American Democratic gubernatorial candidate in the 2018 Georgia election. She was also the first black woman to run for governor in either major party. Unfortunately, the system did not work the way it was supposed to work. Her Republican opponent, Brian Kemp, engaged in some highly questionable activities, including putting some 53,000 voter registrations from minorities on hold. Long lines and challenges to voters on election day clearly affected the vote count.

Abrams did not win, but she also did not concede, using the moment to point out the reality of voter suppression throughout the country and the importance of voter turnout as the only way to fight it. What happened in Georgia in 2018 may well be repeated in November 2020. This film is a wake-up call, cautioning voters on the need to make a plan to vote and to be prepared.