Directed by Zeina Durra
A sensitive and slow drama about healing from trauma.

Those who suffer from PTSD (post-traumatic stress disorder) are often the most idealistic, empathetic, and hard-working members of society who have put themselves in the line of fire on different fronts. Studies of what triggers PTSD and its long-term effects been going on since the 1970s when veterans of the Vietnam War returned home and exhibited symptoms of anger, depression, and exhaustion; they suffered from flashbacks and nightmares, had trouble concentrating, were often violent, and sometimes had suicidal thoughts. PTSD affects not only soldiers but medical personnel, rape and assault victims, and survivors of disasters and terrorist attacks.

British writer and director Zeina Durra has set this sensitive and slow-paced drama in the exotic and spiritually holy Egyptian city of Luxor. Hana (Andrea Riseborough) is a doctor who has been working in a war trauma unit along the border between Jordan and Syria. She has chosen Luxor as a place where she can re-center herself after, as she puts it, "seeing things nobody should have seen." It's clear she is suffering from PTSD.

With time on her hands, Hana entertains herself with leisurely strolls through the city by the Nile. For her, as for many of us, places we love serve as sanctuaries of peace. 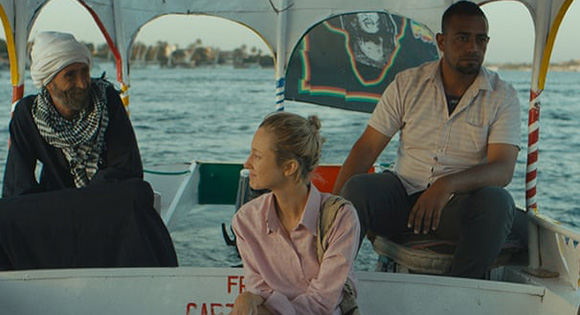 Her spirits are lifted when she bumps into Sultan (Karim Saleh), a former lover who is an archaeologist. Hana is not quite ready to settle down with this handsome and charismatic young man who has traditional views of family, marriage, and work. Given the trauma she has experienced, we can understand her reluctance to make any major changes in her life at this time.

In her book Invisible Heroes, Belleruth Naparstek, a psychotherapist with more than 40 years of experience working with trauma survivors, explains a striking discovery in research on PTSD: talking therapy -- the typical approach used by both therapists and friends -- can make symptoms worse, catalyzing flashbacks and anxiety. Naparstek uses guided imagery to help the survivor reconnect with his or her body. 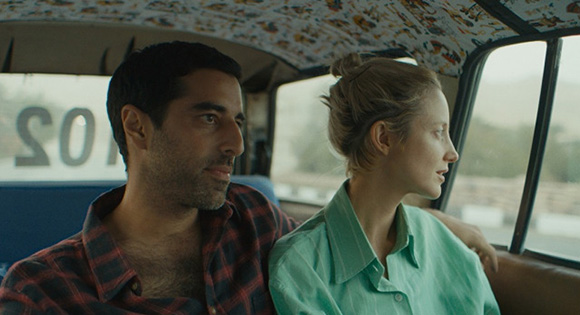 Hana does some talking in Luxor, but mostly she walks. In the most surprising scene in the film, she rises from her chair in a restaurant and
expresses her emotions in a wild and improvisational dance. Although feeling awkward afterwards, she might just have taken her first step on the healing path.