Directed by Pablo Larrain
An imagined weekend during which Princess Diana tries to escape the prison of life as a royal.

Princess Diana died 23 years ago, and yet she lives in the hearts and minds of millions of ordinary people around the world who see her as an icon of beauty, goodness, and service.

Her brief and haunted life was touched upon in the Netflix series about Queen Elizabeth, The Crown, and a Broadway musical covers her life. Her appeal to fans is the focus in The Faithful: The King, the Pope, The Princess.

Written by Steven Knight, Spencer takes a different approach from other Diana biodramas. An opening card describes it as a "fable from a true tragedy." We are clued in to look for morals and metaphors rather than facts about Diana's life.

The opening scenes give us clues. We see a line of military vehicles arriving at the Sandringham estate of the Queen. Huge trunks are unloaded, and we wonder if the military personnel are expecting a siege. But no, inside are all the ingredients for the feasts to be served to the royal family over the Christmas weekend. Later, we see a rack containing clothes for the Princess of Wales. Each item is marked for a specific meal or outing, and all have the label "POW." 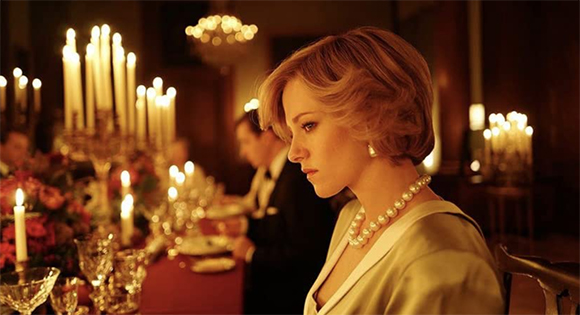 Gathering at the country estate are the Queen (Stella Gomet), Diana's husband Prince Charles (Jack Farthing), and the rest of the royal family, their retainers and servants. Everybody is excited to follow the Christmas traditions, dress up in fancy clothes, eat large amounts of delicious food, and open expensive and exotic gifts.

Diana (Kristen Stewart), to no one's surprise, is late. She is driving there alone in her sports car and gets lost. When she sees a scarecrow in a field near the house on the estate where she grew up, she stops to pay homage. It is but the first of many times during the story when she defies royal expectations and seeks solace in her past.

Director Pablo Larrain also helmed Jackie, a 2016 film about Jackie Kennedy's activities following the assassination of her husband. Both dramas vividly convey the loneliness and isolation of these two famous and privileged women.

In The Great Escape Manual: A Spirituality of Liberation, Edward Hays writes about concrete and creative spiritual practices that can free us from any prisons holding us captive.

Spencer is a very intense and enlightening illustration of the various ways in which Princess Diana is imprisoned in the royal estate of the Windsor clan. She has no privacy since reporters with telephoto lenses are everywhere outside waiting for the curtains to part. As a princess, she is not permitted to dress herself, and her every hour is filled with an expected activity. Whenever she tries to venture out on her own, some assigned guard is there to monitor her actions or send her back to her rooms. Throughout, the chief of staff (Timothy Spall) lectures her on how she should behave for her own good. 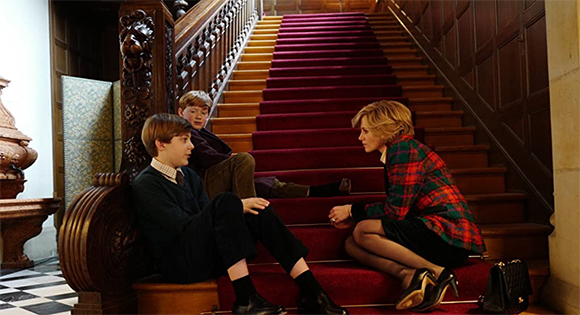 Edward Hays states that one of the most important spiritual challenges of our times is mastering the craft of becoming "escape artists." This is Diana's challenge, and she's struggling with it. To cope, she wanders the halls of the huge mansion at night, raids the kitchens (and because of her eating disorder promptly throws up the food), and fantasizes about destroying her Christmas gift of pearls from Charles. In a recurring vision, she sees the ghost of Anne Boleyn, the sixteenth century queen who was beheaded so her husband could marry his mistress.

The turning point comes when she escapes surveillance and visits the nearby house she lived in when she was young girl. Here she taps into the past and who she wanted to be. She finds liberation from those who have tried to make her into someone else.

But the true key to freedom for Diana -- and the moral of the story for the rest of us -- is love. An intimate talk with her favorite dresser (Sally Hawkins) and intimate conversations and pleasurable romps with her sons William (Jack Nielen) and Harry (Freddie Spry) provide the keys to unlocking her prison.