All Creatures Great and Small - Season 1

All Creatures Great and Small by James Herriot is a masterwork about a country veterinarian who worked in Yorkshire Dales in 1937. His first book was published in Britain in 1970 under the title If Only They Could Talk. The warmth, charm, and vulnerability of this animal healer proved to have universal appeal to people all over the world. His stories have spawned two movies, a hit BBC series of 90 episodes that ran from 1978 to 1990, and seven books with sales of 60 million copies. This new series of six episodes can be streamed from PBS-TV in the U.S.

Herriott has a spiritual perspective which is one of the reasons why the revamped All Creatures Great and Small is so engaging. Here, in his own words, we see his reverence at work:

"If having a soul means being able to feel love and loyalty and gratitude, then animals are better off than a lot of humans." 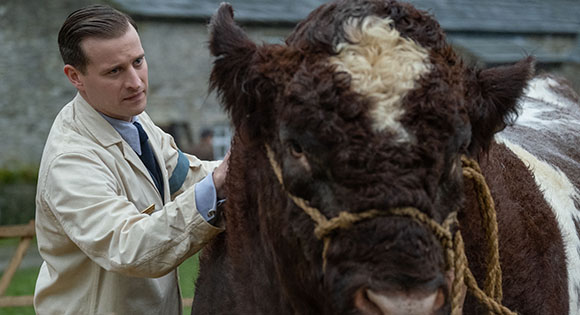 The series opens in 1937 as James (Nicholas Ralph), a recent graduate of Glasgow Veterinary College, is going to interview for a job in Darrowby, a fictional village in Yorkshire. After a trial period with Siegfried Farnon (Samuel West), a cantankerous and eccentric veterinarian, James is given a job as his assistant. He soon learns that his boss's bark is far worse than his bite.

Mrs. Hall (Anna Madeley), a kind-hearted, efficient, and compassionate housekeeper takes James under her wings, knowing he will need guidance in the rural community and help in discerning his employer's orders. She also keeps watch over Tristan (Callum Woodhouse), Siegfried's lazy brother who enjoys being a prankster. He has returned from veterinary college after failing his exams. 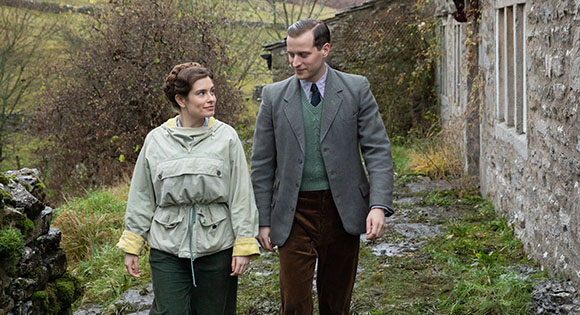 Despite his fears of falling short on his new job, James quickly takes on more responsibilities. It's obvious he respects the animals he treats and the care that the farmers have for them -- especially when they are suffering. He wins the admiration of these country folk who slowly put their trust in him. Perhaps the biggest challenge James faces is acting on his love for Helen (Rachel Shenton), a young woman in the community who is set to marry a rich man.

The early Greek philosopher Plato believed that all learning has some emotional dimension, and this series proves he's right. The ways in which these characters interact with their emotions have reverberations in nearly every aspect of their lives. One important aspect of emotional intelligence is that we care deeply about being a good, moral person. Our hearts go out to James Herriot as he models for us the character qualities that comprise a sensitive, empathetic, and compassionate human being.

All Creatures Great and Small - Season 2