All Creatures Great and Small - Season 2

In our positive review of the first season of All Creatures Great and Small, we praised the warmth, charm, and vulnerability of James Herriot, a veterinarian working in rural England in 1937. The director for the first two episodes of this second season is Brian Percival, winner of an Emmy for Downton Abbey. He and the other directors of this six-episode series are masters of the nuanced and emotionally rich character drama.

James Herriot (Nicholas Ralph) has been working in the veterinary practice of Siegfried Fannon (Samuel West) in a village in Yorkshire. He lives in the house with Siegfried, his brother Tristan (Callum Woodhouse), and the housekeeper Mrs. Hall (Anna Madeley). In the first episode, he is visiting his parents in Glasgow and learns that a state-of-the-art practice there wants him to come to work for them. But what his heart tells him is that he wants to be a vet in the beautiful countryside.. 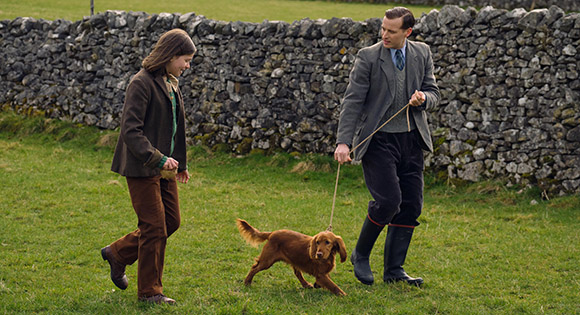 Many of the best moments in the series take place when family members square off against each other. James must disappoint his mother who has her heart set on his returning to Glasgow. Young Jenny Alderson (Imogen Clawson) must defy her father (Tony Pitts) when he wants to put down her dog for terrorizing local sheep; fortunately, James helps her train him. And brothers Tristan and Siegfried disagree over the responsibilities they each can assume for the veterinary practice.

Another appealing dimension of the drama is the emphasis on the challenges and adventures of women in this rural area. Mrs. Hall, the efficient and compassionate housekeeper takes James and Tristan under her sheltering wings and calms Siegfried down when he is angry. She has a harder time opening up to a client who is interested in courting her. 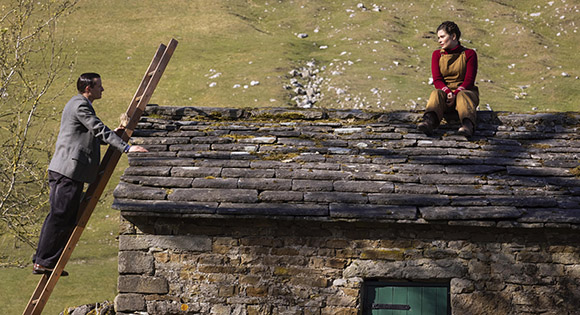 Helen Alderson (Rachel Shenton), having backed out of marriage to a rich landowner in the area, works hard to ensure the success of the family farm. James fell in love with her and now he must summon the courage to express his feelings for her. The two do a dance of misunderstandings and disagreements before reaching common ground about how they can have a future together..

Fans of All Creatures Great and Small will delight in James's compassionate treatment of ailing horses, cows, sheep, dogs, and others in the animal kingdom. But equally important are the depiction of spiritual qualities of love and kindness we need so desperately for deep human relationships. Colin Callender, whose Playground Entertainment produced the series, has pointed to its meaning:

"I felt that living in such difficult and complicated times, there would be an audience that wanted a show that was gentle and entertaining and would bring us together."

And Suzanne Simpson, the executive producer of Masterpiece said: "It gets at emotional truths that are comforting for us."

All Creatures Great and Small - Season 1