Directed by Abby Ginzberg
A truly inspiring portrait of a courageous and committed public servant.

Barbara Lee, a Democrat now in her 12th term as the U.S. Representative for California's 13th congressional district, is the highest-ranking African-American woman in Congress. She has had a remarkably distinctive career fighting for peace and justice.

Lee was the lone voice in opposition to the authorization of military force after the 9/11 attacks. For this stand, she received death threats and needed extra security, but over the years many others have seen she made the right vote. In other ways, she has spoken truth to power, supporting bills to protect the environment, provide childcare and family leave benefits, cut back on the defense budget, and provide for nonviolence training for law enforcement teams. 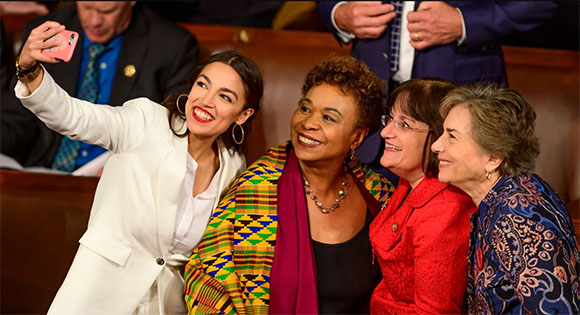 It's no wonder she is held in such high esteem by other progressive voices. The documentary features interviews with Cory Booker, Alice Walker, John Lewis, Lisa Blunt Rochester, Danny Glover, and Van Jones; it is especially heartening to hear how she has been a mentor to Alexandria Ocasio-Cortez and Ayanna Pressley. Van Jones says, "Barbara Lee is the conscience of the Congress; she is going to be that consistent voice for what's right."

Director Abby Ginzberg follows Lee in Washington and back in northern California, showing why she is so beloved by the people of her district. . We also learn about her own early history as a single mother raising two boys and how it influenced her commitment and perseverance to fight against poverty. Throughout, this remarkable woman comes across as accessible, genuinely interested in other people, and dedicated to making a real difference in the world. We need more in politics and public service like her!