Directed by Emma Holly Jones
A comedy of manners about the sting of gossip.

Mr. Malcolm’s List is a Regency-era comedy of manners set in London in 1818. The playful dialogue, the stinging omnipresence of gossip, and the stylish mix of wealth and power brings to mind Netflix’s Bridgerton and the 2020 adaptation of Emma. with Anya Taylor-Joy.

This spritely tale of upper-crust courtship revolves around Jeremy Malcolm (Sope Dirisu), a rich young man considered to be the most eligible bachelor in town. Unbeknownst to anybody but his closest friend, he has drawn up of list of ten qualities he most wants in his wife-to-be. Among the items are that she be truthful, charitable, and a reader of books. 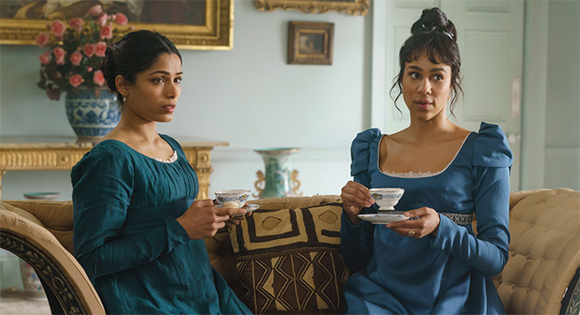 Julia Thistlewaite (Zawe Ashton) is a pretty young woman who has her sights on Malcolm as her future husband. But when she fails point No. 4, “converses in a sensible fashion,” during a night at the opera, he yawns behind her back. Soon it is obvious that he is not interested in her. What’s worse, a cartoon depicting his rejection is published for all of London to see.

Julia is not only disappointed but so embittered she decides to humiliate him and reveal him as an arrogant and nasty cad. Her vengeance consists of having her childhood friend Selina Dalton (Freida Pinto) pose as the perfect match for the man who shamed and humiliated her. Once she gains his affections, she will present her own list of unattainable qualities and reject him. But as Jeremy and Selina get to know each other, will that happen? 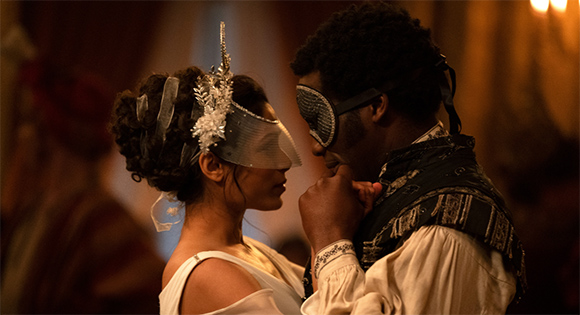 Like other films in this genre, Mr. Malcolm’s List has great city and country sets, eye-catching costumes, and even a masquerade ball. But its real value is in its expose of the dire effects of gossip, which Rabbi Nilton Bonder defines as “the mean-spirited transmission of information . . . it is one of the most important networks for the preservation and transport of rancor.”