Directed by Lisa Hurwitz
A delightful and culturally rich documentary about a ground-breaking food chain.

Joseph Horn and Frank Hardart teamed up in 1888 and opened a string of coffee shops. Their approach evolved over the years and they opened their first “automat” in Philadelphia in 1902, expanded to New York City, and then to multiple spots throughout both cities. Their automats were based on a self-serve concept; featured an immensely popular cup of coffee for 5 cents; dispensed a creative mix of comfort food dishes including Salisbury steak, macaroni and cheese, and creamed spinach; and delighted customers with a tantalizing mix of desserts, especially pies. The automats delivered this iconic food in shiny, chrome-and-glass vending machines; the coffee poured into cups from dolphin spouts. 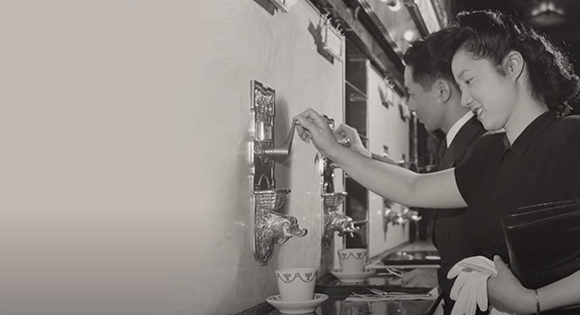 Producer-director Lisa Hurwitz shot this documentary from 2013 to 2021 using an engrossing mix of elements. Archival photos and film clips give us a sense of the majesty and popularity of these eating places. Prior regular customers and fans of automats talk about what they loved about going to one. Interviewed are Mel Brooks (who serves as a congenial host), actors Carl Reiner and Elliott Gould, military leader Colin Powell, Supreme Court Justice Ruth Bader Ginsberg, former mayor of Philadelphia Wilson Goods Sr., historian Alec Shuldiner, and ex-Starbucks CEO Howard Schultz. Horn and Hardart executives trace the history of the company and the challenges it faced as times changed.

Here are some of the surprising and enlightening details about this one-of-a-kind eatery and its prominent place in dining history: 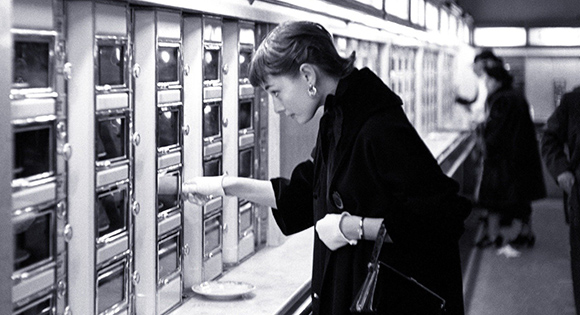 The Automat is a delightful and culturally rich documentary.