Directed by Sarah Polley
A parabolic drama, about a group of abused women discussing how they will respond to their abusers, that demonstrates how conversation can lead to change.

A Meeting of The Minds

“Conversation is a meeting of minds with different memories and habits. When minds meet, they don’t just exchange facts: they transform them, reshape them, draw different implications from them, engage in new trains of thought. Conversation doesn’t just reshuffle the cards: it creates new cards.”
— Theodore Zeldin in Conversation

Women Talking is a parabolic drama written and directed by Sarah Polley and adapted from a novel by Miriam Toews. It is a fictionalized account of a true story about women ranging from infants to elders who were drugged and then raped by the men in their isolated Mennonite community in Bolivia. At least 300 women were attacked. When the rapists were caught and put in jail, women were not allowed to testify; in fact, men blamed “the wild female imagination” for this community disaster. In the film, we learn that the community’s elders also said the rapes were the work of ghosts or Satan. An opening card for the film states “what follows is an act of female imagination.” This, we assume, is how the women wished things had turned out.

The Ethical Code of Forgiveness

As the film opens, one of the rapists has been identified and taken away by the police. The other men of the colony have gone to the city to support him. They are expected to be away for two days. During that time, eight women from two families meet in a hayloft. They pray, sing hymns, smoke, and talk about their life in a restricted community. As representatives of the women in this conservative community, they are really there to decide how they are going to respond to the continual violence against women by the men.

A core value in the Mennonite community is forgiveness. But is this possible in this situation? Are there other choices? They lay out three choices for the women of the community to vote on: do nothing, stay and fight, or leave.

A top-notch group of actresses bring this passionate work to life: Rooney Mara, who is pregnant following being raped; Judith Ivey and Sheila McCarthy, wise and compassionate elders; Jesse Buckley, who is married and is concerned about their leaving their brothers and sons; Frances McDormand, who argues they will go to hell if they do not forgive; and Claire Foy, who is so angry she is afraid she may turn violent. The younger women, played Liv McNeil, Sheila McCarthy, and Kate Hallett and Michelle McLeod, observe the proceedings carefully as they sort out their own feelings. Ben Whishaw plays the community’s male school teacher who has been asked to take the minutes of the meeting; none of the women can read or write. 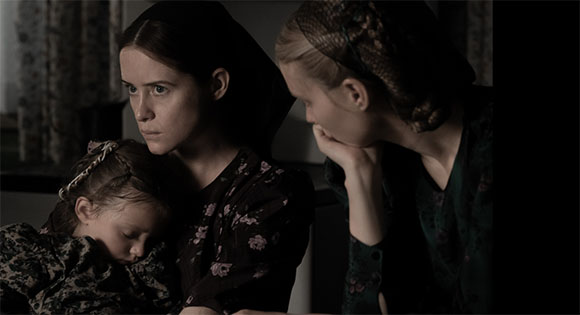 “Conversation is at the heart of the new inquiry. It is perhaps the core human capacity for dealing with the tremendous challenges we face. To engage in great civilization we need to ask questions that matter. We cannot afford to spread our time on issues that don’t touch our hearts.
The culture of conservation is a different culture, one that could make a future of our world.”
— Institute for the Future in The World Café

The women in this drama are compelled to ask questions that matter. Along with their arguments about staying or leaving are heated debates about justice and punishment, the toxins of evil and violence, anger and accountability, free will, collective responsibility, and cultural combat. Why does love, the absence of it and the need for it, result in so much violence? How can they best be steadfast in their faith?

Conversation: A Path to Discovery and Change

The conversations in Women Talking are heart-felt and sometimes heart-rending. Influenced by their faith, determined to think for themselves when they have not been allowed to before, and out of deep caring for each other, these women set out to change themselves and change their world.

“I believe we can change the world if we start listening to one another again. Simple, honest, human conversation. Not mediation, negotiation, problem-solving or public meetings. Simple, truthful conversation where we each have a chance to speak, each feel heard, and each listen well . . . It takes courage to start a conversation. But if we don’t start talking to one another, nothing will change. Conversation is the way we discover how to transform our world, together.”
— Margaret J. Wheatley in Turning to One Another 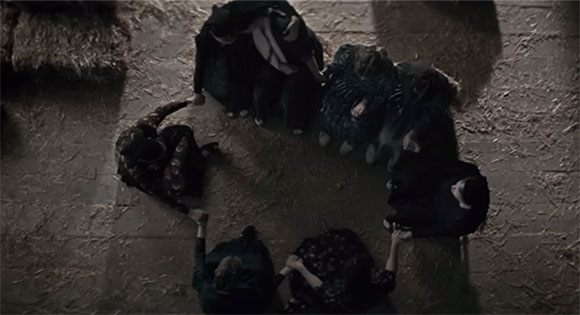 The key spiritual practice under consideration in Women Talking is forgiveness. Can the women forgive the rapists and the other men that didn’t stop them? Can they forgive others with whom they disagree about the right action to take now? Can they forgive themselves if they do not forgive others? As you let this film and these characters simmer in your heart, you may want to reflect on these quotes about forgiveness.

“On the wings of forgiveness is carried all other wisdom.”
— Honey J. Rubin

“Anger makes you smaller, while forgiveness forces you to grow beyond what you are.”
— Cherie Carter Scott

“Forgiveness is born of increased awareness, The more you can see, the easier it is to forgive.”
— Deepak Chopra

“Without forgiveness life is governed by an endless cycle of resentment and retaliation.”
— Robert Assagioli

“In the end forgiveness simply means never putting another person out of your heart.”
— Jack Kornfield

“Forgive, but do not hold yourself superior that you have done so. Simply forgive. Wrap your forgiveness around like a cloak of light, a spiritual barrier that protects your happiness and your peace, but closes so one out.”
— Hugh Prather

“The practice of forgiveness is our most important contribution to the world.”
— Marianne Williamson