Films championing justice-minded journalists have become their own crowd pleasing genre. Based on The New York Times’ investigation into sexual assault allegations against Hollywood heavyweight Harvey Weinstein, Maria Schrader’s She Said could opt for the de rigeur ripped-from-the-headlines, edge-of-your-seat explosiveness. But this smart and compassionate film instead goes for quiet empathy, diligently lifting up the brave women who offered their stories at the risk of exposing themselves to invasive scrutiny and subtly celebrating the powerful empathy embodied by the two Times reporters who fought to drag those shadowy stories into the light. 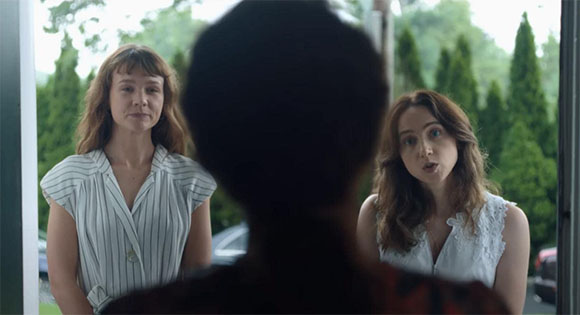 As played by Carey Mulligan and Zoe Kazan, these reporters, Meghan Twohey and Jodi Kantor, are as different as can be. Twohey holds herself in assured and savvy swagger while Kantor is a quieter, more quivering force. But once they team up to track down the sources of multiplying rumors attached to Weinstein’s wrongdoings, their connections as women and as mothers unite them in increasingly infuriated audacity. First informed by actress Rose McGowan and then eagerly supported by Times editors who encourage their investigation, Twohey and Kantor turn their jobs into true callings, showing just how much justice can be made possible when the media opts for sympathy over scandalous sensationalism.

Twohey and Kantor get the most screen time, but the real heroes of the proceedings are the survivors, most notably Laura Madden (Jennifer Ehle), Rowena Chu (Angela Yeoh), and Zelda Perkins (Samantha Morton). Actress Ashley Judd even plays herself in a powerful reenactment of her own courageous contribution. Whereas a less delicate film might revel in the more lurid details of Weinstein’s crimes, She Said creates fully-realized portraits of these women, showing how trauma has shaped their lives but also celebrating them as of models of reserved resilience; they show us much more than their victimization. Twohey and Kantor don’t have designs on being the stars of their own journalistic hero story. They simply want to make certain that the world pays attention to these women’s stories. 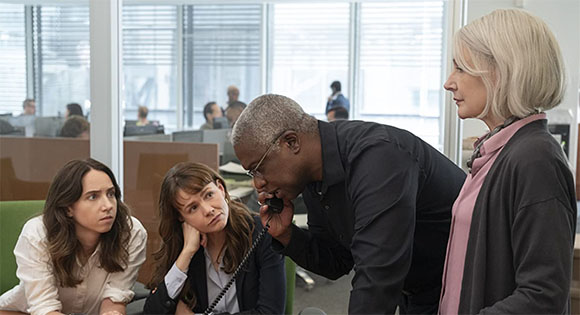 The firestorm of experience sharing that ignited following the Times exposé was large and loud and larger and louder films could also do justice to aspects of the #MeToo movement, but She Said succeeds at something wholly different. Through its muted fury and cooler, clear-eyed procedural approach, a more nuanced sort of justice is done to the fortitude of the first voices who came forward and paved the path for so many others.

In a way, the film feels truer to the way the truth comes out in everyday life. Less important are cacophonous climaxes, swelling scores, triumphant freeze frames or fireworks. Instead, the push toward systemic transformation at She Said’s center feels closer to the dregs of a day’s work, one in which integrity and empathy feed the steady and committed creation of connections that nurture trust, community, and, in this case at least, the first flickering signs of real change.