Directed by Phyllis Nagy
An intimate account of a historical reproductive justice revolution.

It’s 1968 and pregnant Chicago housewife Joy (Elizabeth Banks) is enjoying life with her successful husband (Chris Messina) and teenage daughter (Grace Edwards) when her doctor alerts her to a potential problem: Joy will risk death by giving birth. In response, Joy requests permission from the hospital for an abortion, a request that is quickly denied by the all-male council. Devastated, Joy attempts an illegal route and then, as she second guesses her decision, a flier comes into her periphery inviting pregnant women to “Call Jane” if they are scared. 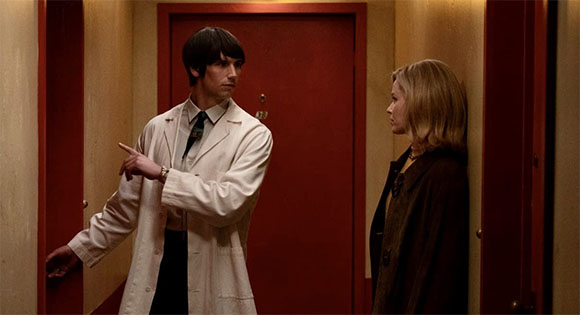 Joy’s life changes when she calls the listed number. She’s connected with an underground collective of women (none of them actually named “Jane,” which serves as a cover to maintain anonymity) who safely connect desperate women to abortions. The women are as different as can be with Virginia (Sigourney Weaver) serving as the de facto leader of the crew. The one man involved in the proceedings is Dean (Cory Michael Smith), the cold, curt, capitalistic provider who performs the procedures and charges an exorbitant amount for each one.

As Joy dives deeper into the supportive community and radical politics of the Jane collective, she begins to question and avoid her own cushy existence. She outgrows the life she’s known as her heart is opened and her horizons and expertise expand. Her family and friends think she’s attending amateur art classes, but that’s a lie that Joy can’t keep up, especially when she ultimately takes her participation to a completely new level of dedication. 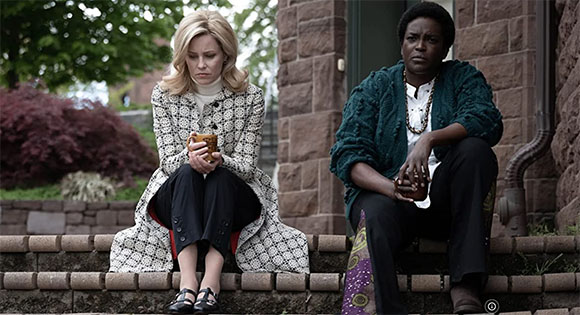 Even though the film’s main narrative is dedicated to Joy’s evolution, Call Jane’s most lasting impressions lie in how closely it pays attention and respect to the differences between each of the individual women involved in the collective’s work. Most notably, Gwen (Wunmi Mosaku), a Black member, challenges the group’s tendency to cater to the needs of white women while turning away from the marginalized experience of Black women. These nuances deserve to be explored even more deeply than Call Jane does, but Gwen’s point is still powerfully, if briefly, argued. The heartbreak that every collective member harbors in response to the reality that they cannot help everybody is palpable in every performance. A final scene celebrating the 1973 passing of Roe v. Wade is both triumphant and bittersweet.

It would be wonderful to merely describe Call Jane as an important historical document, but the film also feels profoundly prescient as organizers prepare to create underground abortion networks in the wake of the Supreme Court’s 2022 overturning of its own 1973 decision. As its story meets a scary time in U.S. politics, the film persuasively portrays how effective compassionate connection can be in combating the oppressive, misogynistic patriarchy that still slithers through our systems. Even as so many refuse to learn from the lessons of history, Call Jane proves that we have historical and replicable models of community care that will resurrect and protect the vulnerable, especially when our societal systems continue to fail.

R – some language, brief drug use