Directed by Sidney Lumet
An unsettling film about the racial bigotry which permeates every facet of urban living.

Sidney Lumet is a talented and thoughtful director who has made a handful of insightful movies about the skewered morality of urban justice and law enforcement systems — such films as Dog Day Afternoon, Serpico, Prince of the City, and The Verdict.

Q & A is a riveting drama based on a gritty 1976 novel by Edwin Torres, a New York State Supreme Cout justice. Lumet, who wrote the screenplay and directs the movie, reveals the epidemic of racial hate which permeates the police department, the criminal justice system, and the various crime syndicates in New York City.

Timothy Hutton plays a young assistant district attorney who is assigned by his boss to investigate the shooting of a Hispanic drug dealer by Lt. Mike Brennan (a bravura performance by Nick Nolte). As the investigation procedes, this bigoted and amoral law enforcement official sets in motion a coverup of his murderous deed which eventually draws into its wake a Cuban drug dealer, a black detective, a Hispanic detective, a lawyer connected with New York County D.A.'s office, a Hispanic drug dealer who wants to get out of the business, the Mafia, and several members of Manhattan's shady transvestite community.

The young district attorney, who is given a shattering and ideal-crushing lesson in institutional racism, must also face up to his own bigotry when an old flame reveals to him that she left him on account of his split-second response to a surprise introduction to her black father.

Lumet has said of the film, "Everyone — the Irish, the Italians, the Puerto Ricans — makes decisions, nurses antagonisms along racial and ethnic lines, consciously and unconsciously." Q & A pulls no punches as an eye-opening and nasty portrait of racism in contemporary America. 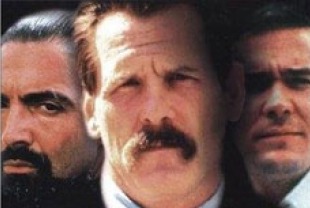