Directed by Bruce Beresford
A spiritual classic and a compelling tale of adventure in the wilderness of 17th century Canada.

During the 17th century, French Jesuits ventured into the wilderness of North America to convert the "savages" to Christianity. In Black Robe, Lothaire Bluteau plays Father Laforgue, a priest who has been assigned to serve a remote mission 1500 miles from Quebec. A group of Algonquin Indians have been hired by the religious community to escort him on the long and dangerous journey.

Although his young assistant adapts to the wilderness and falls in love with an Algonquin girl, Father Laforgue is shocked by the barbarity and promiscuity of the savages. The Algonquins, who have nicknamed him "Black Robe," in turn wonder whether the man with the strange practices is a sorcerer. The journey tests the mind, body, and soul of Father Laforgue who endures betrayal by the Algonquins, torture at the hands of the Iroquois, and a major surprise when he reaches the mission near Lake Huron.

Under the skillful and sensitive direction of Bruce Beresford, this film has all the markings of a spiritual classic. The screenplay by Brian Moore, based on his 1985 novel, lays bare what was at the heart of the clash between European and Indian cultures — spiritual pride on both sides. Black Robe catapults the viewer into a strange and fascinating world and then builds suspensefully to an emotional climax when Father Laforgue, humbled by his experiences in the wilderness, has an epiphany which speaks volumes about the essence of true Christianity. 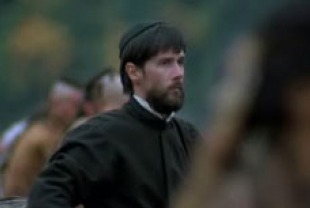 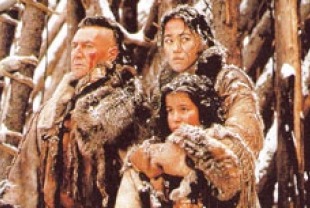 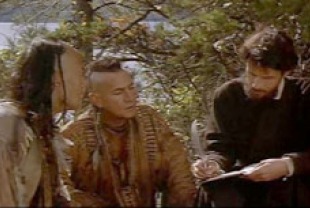