The Prophet Muhammad as an exemplar of adab

FAB: Let's talk about other exemplars of adab. The Prophet Muhammad is the one usually mentioned.

AH: Muhammad is the key to understanding adab in the Sufi tradition. There's a Sufi mystic called Al-Nasrabandi who wrote, "Nobility of character consists of holding to and acting upon Allah's word and in following the example of his prophet, being soft-natured and having a happy disposition, taking care not to mistreat others. Allah Most High chose his prophet on the basis of those most sacred words in the Qur'an, Surah 7: Verse 199: 'Take to forgiveness and enjoin good and turn away from the ignorant.' " I think if you contemplate Muhammad's life and character, wherever you are in the world and whatever situation you find yourself, you will find an example of adab. His character is like a many faceted diamond, and each facet is a facet of adab.

There's a beautiful meditation on this in Robert Frager's book Heart, Self and Soul that reveals how the Sufi sees Muhammad in all the different facets. If you are poor, he had a period of poverty; you can model yourself on that. If you are a ruler, you can look to his mercy and generosity. But I really want to concentrate on two aspects of Muhammad's character that I think are sides of adab which are too little thought about.

The first, based on a hadith or saying of the Prophet, comes from the tradition of Chefir of Baghdad. He's asked by his son, "Tell me, did our beloved Prophet ever joke?" He answered, "Allah bestowed on him the best manner of joyfulness. Allah sent other prophets who had suffering and distress but he sent Muhammad for mercy and compassion. One of the signs of his kindness and love for his people was that he joked with them. He did this so that they would not stay away from him out of awe. My father told me that his father, Ali, was told by his father, Al-Hussein, that he heard the Messenger of Allah say, 'Allah hates those who make disagreeable and sad faces before their friends.' "

The being who has spiritual power can so easily separate himself or herself from others. It is an important part of adab to demonstrate a capacity to joke with others, to put people at their ease, to keep people supple and joyful. Muhammad had this gift of exuberant humor, and it formed part of the benevolence of his nature.

The other quality that is moving about him and central to adab is that Muhammad was consistently aware of the social and financial difficulties people were in. There's a story that is told by Ibn Humdan: "In an expedition with the Messenger of Allah, we saw a man riding a camel. He was rushing about hitting people right and left. The Prophet said so that the man could also hear, 'Whoever has an extra riding animal should give it to someone who has none. Whoever has extra food should give it to those who do not have any.' Then he started counting people's luggage. We all felt that none of us had any right to extra property.' "

It's very impressive that Muhammad lived the life of a poor man. I think he left a garment and a pair of shoes when he died. He constantly stressed the necessity of charity, of always sharing with one's brethren and one's sisters what one has. And this attitude of charity and care for all beings is the essence of adab and of what it is to be a true spiritual person.

So those are two ways — but you could go on and on and on. Of course, the two most profound ways in which Muhammad is the ultimate model of adab are in his relationship to the Divine and in his modeling of what a prophet is.

It is clear from everything that we know about Muhammad, everything we know about the Qur'an, and everything that he says in the hadiths that Muhammad's relationship with the Divine was one of absolute humility and awe. For all the tremendous gifts God gave him, for all the glories God showed him, for all the intimacy with the Presence that he was granted, Muhammad always remained on his knees before the Divine. This final humility is the key to the whole Sufi path. It is one of Muhammad's supreme achievements not only to have been that humble but to have transmitted it at the heart of the revelation that came through him.

The second quality is related to this awe and humility, and the story that most illustrates it is his remark in the later years when he said, "I pray to God 70 times a day that he may forgive me." Muhammad could have easily enjoyed worship from those around him. He could have easily posed as an enlightened being. But he was resolute in his refusal to be anything other than the Messenger of Allah. And in that he gave a permanent example of the humility of self-understanding that is the deepest source of adab. Because in its deepest truth, adab must be the true relationship to the Divine and the true relationship to the other beings that arises out of the true relationship to the Divine. They are intertwined. In his humility before God, in his constant modeling of rigorous self-discipline and self-honesty, Muhammad exemplifies what these relationships look like.

FAB: I've always loved the story of Muhammad and the cat. At the end of a day of teaching, as the Prophet was getting ready to leave, he noticed that a cat was sleeping on his cloak. He cut off the sleeve of his cloak rather than disturb the cat. That's a powerful image of adab that extends it to relationships with animals.

AH: Respect for the creation is at the core of adab in all of its forms. Adab is love of the Creator, love of the creation, and love of love itself. That story of the cat is a poetic expression of the depth of tenderness toward all creation that the person with adab must have.

Next Page: Rumi: a diamond whose every facet is an illustration of adab 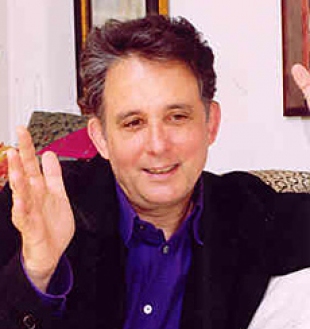