Living as One Human Family

Some simple spiritual practices to do to affirm unity consciousness.

A friend once described herself as a "knitter," but she wasn't talking about yarn. She likes to bring people together and help create beautiful things from their unity. What a wonderful mission that is!

Let's face it. The walls dividing people today have gotten taller and thicker, whether between men and women, young and old, gays and straights, developed and developing worlds, haves and have-nots. Yet the spiritual dream of unity persists. We believe that God is a Weaver of Oneness who wants us to live in harmony — neighbor with neighbor, communities with communities, religions with religions, and nations with nations.

We are inherently similar. One of our favorite children's books captures this beautifully. To Every Thing There Is a Season (Blue Sky Press) weds the sacred verses from the Book of Ecclesiastes in the Bible with the breathtaking art work of illustrators Leo and Diane Dillon. Each spread depicts a different culture — Egypt, Japan, Mexico, Greece, India, Europe, North America, and others — to create a global family album that reminds us that we share in the universal rhythms of life. We can practice this unity by building hospitable and generous communities.

Yet in these tense times, just the opposite seems to be happening. Competitive individualism has given many people the ammunition they need to feel smug about separating themselves from others. The media and politicians drone on and on about enemies in our midst or crossing our borders.

Religious and spiritual people can help reverse this trend by being willing to to reach out to people outside our clans and affirm unity consciousness. As devotional writer Henri J. M. Nouwen writes in Bread for the Journey, "Only when we have the courage to cross the road and look into one another's eyes can we see there that we are children of the same God and members of the same human family."

Whereas people of different traditions don't have to agree on everything, we can work together to advance what Christian theologian Hans Kung has called a global ethic: "a commitment to the culture of nonviolence and respect for life, to a just social and economic order, and to the ideal of equal rights and partnerships between men and women." To adhere to these commonalities is to agree with Protestant minister William Sloane Coffin who said: "The religious community has the saving vision. It is the ancient saving vision of human unity, now become an urgent pragmatic necessity."

Here are a few simple spiritual practices to help you deepen your unity consciousness:

• Reach out across a border or boundary to a person of a different race, age, or culture.

• The term "butterfly effect" relates to the idea that a small action here, such as a butterfly flapping its wings, could have a large impact elsewhere, such as a tornado in China. Without taking the meaning that far, it is good to think about the long-range impact of your actions on people elsewhere in the world. Write in your journal about the potential reach of something you have done recently.

• Extend your circle of intercessory prayer to those not usually included in your concerns.

• When you have a free moment at work or in a community meeting, jot down a few of the things you have in common with the others there. How can you express your appreciation to others for what you share?

• When you are watching the news about people in another country, note things you have in common with them. Find a way to act upon your feeling of unity with them. 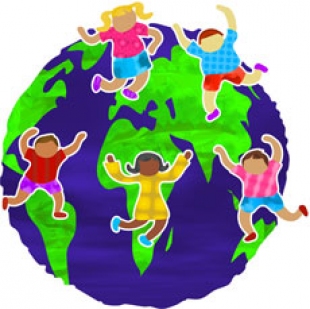