Ways to celebrate the birthday of the great Persian mystic poet Rumi.

Jelaluddin Rumi was born on September 30, 1207, in Balkh, presently in Afghanistan. His family later migrated to Konya, Turkey, where he became a great religious teacher. His mystical poetry has been loved, recited, and sung for centuries in Islamic countries — Afghanistan, Iran, and Turkey claim him as their own poet. He now has an equally large following in the West, recently being named the bestselling poet in America. In his day and in ours, his students are people from all traditions — Muslims, Christians, Jews, Buddhists, and others. He speaks to the universal yearning for a closer connection to the Divine.

Explore our "A Celebration of Rumi" created in honor of the 800th anniversary of Rumi's birth in 2007, which UNESCO declared the International Year of Rumi, it includes links to 30 readings by admirers of his poetry, YouTube videos, interviews about his impact, and more. 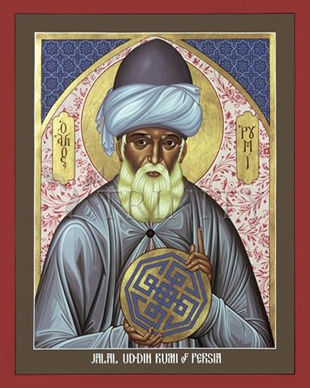