Remembering the multi-talented artist who took stands against racism and for black liberation.

African-American Paul Robeson (1896 - 1976) won international acclaim as a concert performer, stage actor, recording artist, and film actor. Raised by his widowed father, a minister, he was a scholar and athlete at Rutgers. After attending Columbia Law School, he plunged into a career in the arts that continued 40 years. Throughout his life, Robeson identified with the rights of his people and especially the working-class poor. He reached the pinnacle of success in the 1930s. Then during the next decade, he spoke out against American racism and declared his support for the U.S.S.R.: these political stands had a dire effect on his career. He was put under surveillance by the FBI, blacklisted across the country, and denied a passport by the State Department.

Watch Paul Robeson: Here I Stand, a documentary which originally aired on American television on PBS's "American Masters" series. This riveting work explores Robeson's multidimensional talents and the high price he had to pay as a spokesperson for black liberation.

Think about and take to heart these quotations from Robeson: 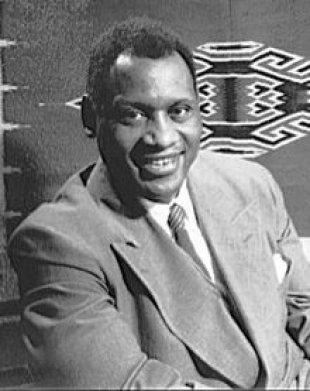