Today is the Summer Solstice marking the beginning of summer. It is a time to celebrate light, the longest day of the year in the northern hemisphere. In the excerpt below from his Prayers for a Planetary Pilgrim, Catholic priest Edward Hays reflects upon the significance of this day and then offers a ritual for the solstice fire.

"In the northern hemisphere the season of summer begins on about June 21 and extends to about September 23. The intense rays of the sun reach the northernmost tip of our planet on the June summer solstice. And because the northern half of our planet tilts fully toward the sun, the hours of sunlight are the longest on this day and the hours of darkness the shortest. From our vantage point, it appears that the sun stops at the peak of its northward journey. For several days it lingers at this point and then slowly appears to move southward.

"Our ancient ancestors, who lived in harmony with the sun and the moon, knew within their bones the sacredness of such times. The eve of June 21, or midsummer's eve, was a night of magic and feasting. Deep within our bodies the memories of those sun feasts are still alive. We are children of the sun, the daystar that makes all life possible, as we travel in the icy darkness of frozen space. It is only fitting that we celebrate this turning point of our planet, even if we have a more sophisticated knowledge of the Earth, sun, moon, and planets than did our ancestors.

"It was believed that on midsummer's eve, the walls separating the worlds of the spirits and humans became as thin as tissue paper. The spirits of field and forest, of river and stream — all the inhabitants of that inner world — were free to pass back and forth between those walls and play among humans. It was a festival of fire, celebrating the full force of the sun-star. It was a time for feasting, a summer Christmas for play and pretending.

"Summertime allows us opportunities for celebrations outside — ideal for a fire feast. Whether you celebrate the solstice alone or with family or friends, you are in communion with all peoples, ancient and modern, who are touched by the magic of the feast and who gratefully honor the blazing gift of the sun."

"Holy is this fire of midsummer's eve, and holy are you, O God.
From your burning heart you drew forth a fiery ball
and flung it into space.
Your laughter shook the empty cosmos and echoed again and again
until the darkness of space resounded with your love and with fire.
You reached in again and drew forth fire and seeded it like yeast
in each atom, plant and animal, each bird, fish, man, and woman.
And you gave us a special star, our sun, aflame with a life-evoking energy
to make our planet green and fertile,
sun-soaked in your love.

"As we celebrate this solstice feast,
open our eyes to the countless wonders
and to the sparks of fire-life that you have planted in each of us.
May this holy and magical night
be aglow with star-fire and God-light
as we once again begin the sacred season of summer.
Amen.

"NOTE: In ancient times to dance about or to jump over the solstice fire was said to be a cure for disease, a prevention against snake bites, and a deep blessing." 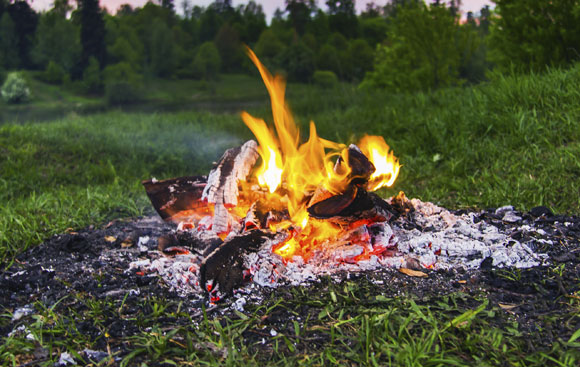 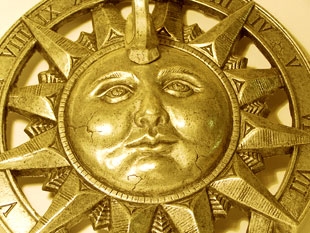