A spiritual practice to cure boredom from the composer who challenged us to be more hospitable and alert to the music going on all around us.

John Cage (1912-1992) was one of America's most influential composers. His merging of Western and Eastern traditions made him a pioneer of avant-garde music. He was very interested in chance, constructing his scores by using coin tosses and other indeterminate techniques. In other words, Cage was a master of hospitality — constantly opening his compositions and performances to what is, without trying to control them.

For an example of this, check out his 1952 piece titled 4' 33" which has no sound other than that of the environment in which it is performed. Music is going on all around us, but we won't notice it until we become more hospitable.

No music ever played in John Cage's apartment. "Music?" he'd say when asked about this. He would smile, raise the window, allowing in the sound of traffic and the hugger-mugger of the streets, "That's all the music I need." Here we see the artist trickster at work trying to get us to take off our blinders and open to the sounds around and within us.

"Art's a way we have for throwing out ideas — ones we've picked up in or out of our heads." For artists like John Cage performances don't just mean one thing, they are whatever has passed through the mind of the creative person and been retrieved. Both Cage and his audience are fishermen bringing in the catch in a large net.

Is there an escape from boredom? Yes, but it doesn't lie in expecting ever new and better adventures. Instead, heed the advice of the composer John Cage: "If you are bored with something after two minutes, keep doing it for four minutes. If you stay bored, do it for eight, then 16 minutes. If you are still bored, press on to 32 minutes, and at that point you might begin to find it fascinating." 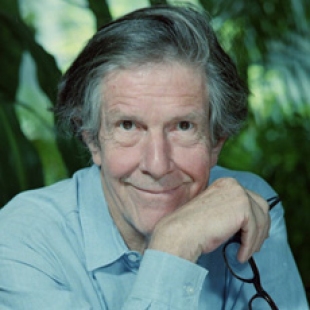