Views on the importance of face-to-face conversations for individuals, groups, and societies.

Theodore Zeldin, a fellow and former dean of St. Anthony's College, Oxford, states that "It's good to talk" was the modus operandi of the twentieth century when people put their faith in self-expression, exchanging information, and trying to be understood. He hopes the twenty-first century will be a time when conversation takes center stage. He salutes this communication style as expanding horizons, acknowledging mystery, and challenging imaginations. In Conversation: How Talk Can Change Our Lives, he suggests that we set up occasions for sharing ourselves, our ideas, and ideals with those who are different from us.

The same spirit is evident in an article on mindful.org where Buddhist meditation teacher Sylvia Boorstein reveals her practice of striking up conversations with strangers she meets on airplanes, trains, or in store lines. "Many times they are wisdom teachers waiting to remind me of important truths." For example, from a conversation with one woman on a plane, she gained insights into grief and the ties that link us with other people.

In Turning to One Another: Simple Conversations to Restore Hope to the Future, Margaret J. Wheatley explores the yearning for positive and deep conversations among citizens. The spiritual practice of listening, she notes, is what makes us human. It is when we don't have time to listen that distrust, cynicism, and despair take over our psyches and our politics.

It is hard to know whether these are the best or worst of times for conversations. On the one hand, millions of people around the world are participating in conversation cafes, salons, book discussion groups, women's circles, men's clubs, and small groups of every type imaginable. The School of Life in England recently offered a class for adults in "How to Have Better Conversations," covering ways to "make the leap from mere idle banter to enriching and adventurous conversation."

On the other hand, many lament the loss of true presence due to our reliance on digital devices to keep in touch with each other. Face-to-face conversations enable us to go deeper with sharing that signifies our heartfelt yearnings and truth. Sherry Turkle, author of Alone Together and Reclaiming Conversation, is the most visible partisan for conversation.

It's time we thought seriously about the importance of conversation. Here are some quotations to get you started. 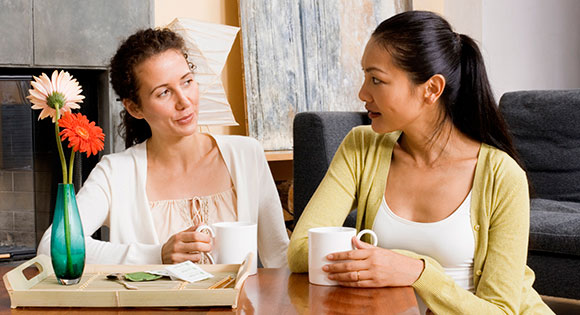