Hieronymus Bosch: Touched by the Devil

By Pieter van Huystee
A fascinating documentary on the process of authenticating the art work of a choreographer of hell.

While watching this fascinating documentary written and directed by Pieter van Huystee, we were struck by the idea that the sinister, violent, and strange paintings by Hieronymus Bosch might have great appeal to contemporary youth who are obsessed with horror movies. The fact that this artist lived from 1450 - 1516 makes no difference. The surreal images of his art meditations speak volumes about the universal themes of the sins of the flesh, the suffering of those who have toyed with perversity, and the eroticization of violence. No wonder van Huystee chose to append the phrase "Touched by the Devil" to this behind-the-scenes look into the preparations for an exhibit to honor the 500th anniversary of Bosch's death at the Het Noordbrabants Museum in his hometown in the Netherlands. 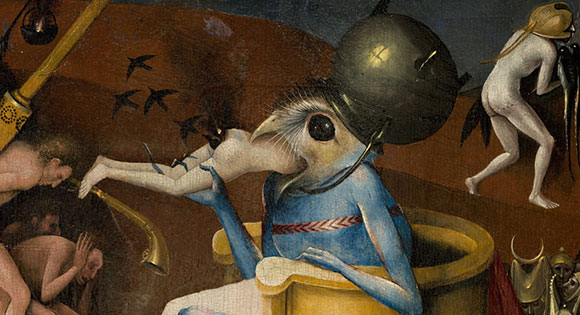 A large portion of this documentary is spent on the efforts of a team of art historians, wood experts, and computer specialists from the Netherlands who are trying to confirm or deny the authenticity of several Bosch paintings which may have been done by family members who assisted him in his studio. Using technology not available before, including radiography and infra-red photography, they are able to examine the paintings in new ways; they look at high-resolution photographs on their computers to compare details among the paintings. 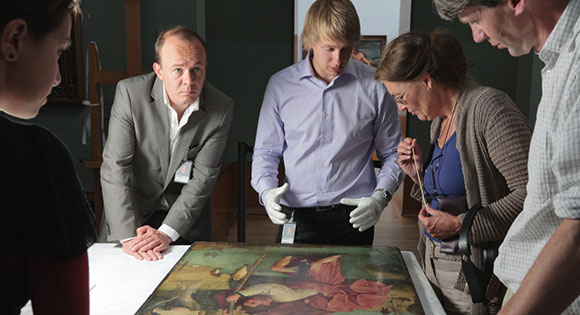 To this date, Bosch's authenticated paintings are two dozen panels and triptychs. The dramatic high point in the documentary comes when a small painting from the art museum in Kansas City turns out to be an original Bosch.

The planners for the exhibition in the Netherlands try to arrange loans of the Bosch paintings and drawings from the Prado in Spain, the Louvre in Paris, the Galleria dell'Accademia in Venice (where they have to agree to help with restoration of several paintings), and the National Gallery in Washington. Given politics and competition between the galleries, they are not completely successful. But after all their scholarly detective work, the sponsors of the celebratory show in the Netherlands are very pleased with what they have accomplished. 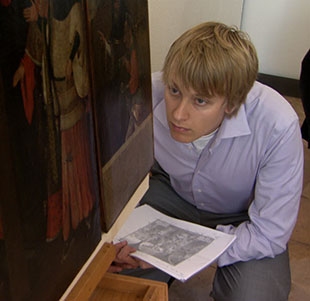