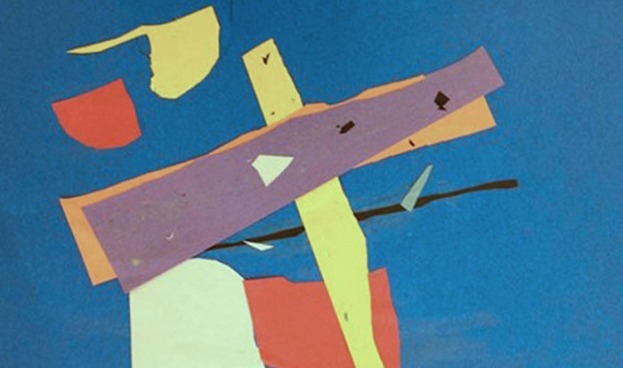 Posted by KidSpirit Online on January 3, 2017

By Melynn Oliver for KidSpirit's The Nature Truth issue.

I have been raised in the Catholic faith since the day I was adopted. As a baby, I received the first sacrament: Baptism.

Baptism symbolized my entrance into the Catholic community. From there, I attended Mass with my parents every Sunday at the Church of Saint Francis of Assisi. I started Sunday school at the tender age of six. Every Sunday, instead of going to church with my parents, I was sent to a small extension of the building used to study religion. There I would sit with my classmates and hear children’s versions of stories from the Bible. Being so young, I didn’t question what was going on. To me it was as simple as going to school every day.

Eventually, the time came when I was prepared to receive the second sacrament: First Communion. This was an important moment of my youth, since I was preparing to metaphorically receive Christ in body and blood. Communion is one of the most important parts of Mass. As usual, all my young mind knew was that I was going to wear a nice white dress and attend some kind of special ceremony. I was more concerned about being with my friends. After Communion, the only thing I was excited about was that I was now able to go to the altar with my parents, whereas before I wasn’t allowed to.

The next thing to prepare for was Confirmation, being confirmed was a pivotal moment. At that time, I simply viewed confirmation as when the big kids went to a second ceremony as important as First Communion. In eighth grade, we started discussing Confirmation in a more serious tone. I was asked to start thinking about who I wanted to be my patron saint.

After some deliberation, I decided on Saint Francis of Assisi. In addition to being the namesake of the first church I attended, he was the patron saint of animals. I’ve always been fond of animals because they have the ability to give you unconditional love. They live up to the saying “ignorance is bliss” as they aren’t afflicted with as many emotions and tend to be more at peace. I chose St. Francis for this simple reason at first, but as I began to research my chosen saint, I started to appreciate St. Francis in deeper ways. I admired his profound sense of humanity and how purely it existed in him. Being able to choose my patron saint was the first time I was able to celebrate what I, personally, loved about my faith.

With my confirmation just a few months away, the importance of the event finally dawned on me. Confirmation was a lot more significant than the previous religious events I had participated in. I was uncertain of my decision to follow through, as it might be an action I’d regret later. My Baptism and First Communion happened when I was very young. Not to mention the fact that they were never really an option. Confirmation, on the other hand, was not mandatory, and I could decide if I wanted to continue worshipping in the Catholic Church or leave the faith.

I wondered how I could be certain I wanted to be a Catholic when I didn’t know anything about other religions. I recalled my mother telling me that I should always read the fine print before signing up for things. This led to the realization that if I was going to continue the process of becoming a confirmed Catholic, I had to read the fine print of major religions. So I got my mom to order me a book about different faiths. First, I scrutinized all of the different branches of Christianity: Presbyterianism, Lutheranism, Methodism, and everything in between. Then I explored other religions: Buddhism, Islam, Hinduism, and Judaism. After absorbing the information I read, I reflected on whether to abandon Catholicism for a new path of faith. I didn’t ever seriously think of atheism, because I will always believe that there is a higher being than me. The traditions were much different than the ones of my church, and that in itself was intriguing. Hours and hours of thinking led me to the decision that I wanted to follow through with the Confirmation.

In the end, this decision was not an intellectual one. Continuing my journey as a Catholic felt most authentic to who I was. Catholicism has many core values that correspond with mine. Since I grew up in this religion, its beliefs became part of my person. I have always been encouraged to live like Jesus, and I truly believe that this is a fulfilling way to live.

On the day of my Confirmation, I felt whole and satisfied; I wasn’t just going through the motions as I had with the previous sacraments. I didn’t feel like I was missing anything that could have been filled with something else. I actually felt closer to God — being Confirmed, sealed that I was going to continue putting my faith in him to guide my life. Since then, I continue to be filled with love for God.

In my high school years so far, my faith has kept me sane. I’ve recently dealt with a lot of obstacles that I couldn’t overcome on my own. As a freshman in a large public school, I felt like I was being torn apart by the academic competition and social distraction. My life was in a downward spiral, and I was not comfortable talking to anyone around me about how I felt. When I didn’t have any physical being on earth to talk to, I resorted to praying. This last ditch effort proved to be a great comfort to me. It’s not that my situation changed — school remained as torturous as it had always been. But believing I wasn’t alone, that God wanted to listen to me, and would not be burdened by my venting, helped to relieve a lot of the stress that had been building up. The church had always taught me Jesus was inside of me, but it wasn’t until this experience that I truly understood I was not alone in my suffering.

Historically, the church has not encouraged its members to search for the truth outside the limits of its teachings. However, I have learned that challenging your own faith can actually make it stronger. If I hadn’t wrestled with my Confirmation, I would have most likely maintained a superficial attitude towards the religion that I followed as a child. By daring to question if I truly wanted to dedicate my life to Christ, I actually entered into a deeper relationship with God.

When she wrote this piece, Melynn Hui Oliver was a 15-year-old in the tenth grade. Her interests include art, literature, creative writing, and psychology, and her hobbies are drawing, reading, and eating Goldfish.