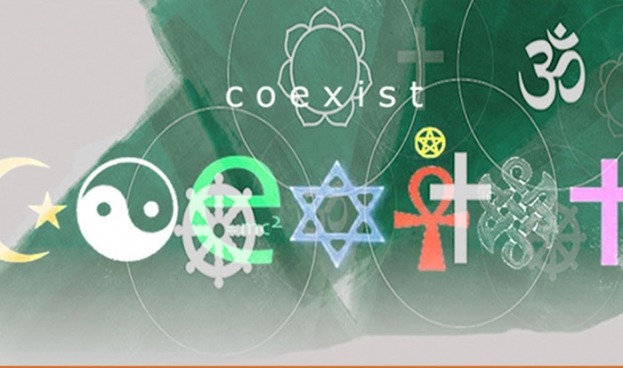 A Personal Exploration of Diversity and Heritage

We can choose to appreciate and tolerate the beliefs of others, along with honoring our personal beliefs. I have grown up with friends from different religions like Hinduism, Christianity, and Islam, and have always valued the friendship and meeting of minds over religion.

My family is very devoted to God. We believe in spiritual masters, and some spiritual truths, but we are not ritualistic. Hinduism is a faith that has lots of deities; the most important are Brahma (the creator), Vishnu (the preserver), and Shiva (the destroyer). Alongside Hinduism, we also follow the life and teachings of a saint, Sai Baba. Sai Baba lived in Shirdi, India, during the 1800s and early 1900s. His followers are from many different religions, and in recent years I have seen many foreigners visit Shirdi and choose to follow the Sai path. I believe this is because Sai Baba is one of the rare saints who was able to explain universal values and ethics by emphasizing humanity more than any one religion. He loved children and was a “spiritual father” to the common man.

I also find the philosophy of ubuntu very inspiring. Ubuntu is an African word that means “humanness.” It is often translated as “humanity towards others,” or “I am because of who we are.” The “we” here stands for the human race. We are who we are because of the diversity around us. Diversity teaches us to appreciate the power of perspective — different ways the same thing can be seen by people from different backgrounds. For instance, my family and I are vegetarians, but I consciously don’t look down upon my friends who relish non-vegetarian food. Women in southern India prefer to wear the saree, while in the northern region the salwar kameez is more popular. It is interesting that my mom wears both the saree and salwar kameez, as well as trousers and skirts!

And isn’t it beautiful that there is an overwhelming unity in this diversity! All humans have the same blood color, although they follow different religions. You can’t judge people on the basis of the religion they follow. I believe that all religions converge at a point and become one. They’re codes of moral conduct, disciplinary guides, methods to become a good human being. In the end, they all teach empathy. None of them requires you to make enemies out of practitioners of other religions. All of them are different paths to reach the same destination.

I was brought up in Aurangabad, a city named after the emperor Aurangzeb. Although I don’t follow his religion, I still appreciate the great architecture of his times. The Bibi ka Maqbara is a tomb that was originally dedicated to his wife, and the building’s style reflects the family’s Muslim faith. However, it has now become a landmark open to the public because of its intricate architecture. Most heritage sites in India were created by kings and emperors belonging to certain religions, and their architectural styles are symbolic of the specific religion of the creator. Nevertheless, in most places heritage sites are open to people from all religions and countries.

Though religion and heritage are often connected, I feel that they can — and should — exist independently. The repeated failure of humans to look beyond their religion in order to appreciate diverse perspectives and widen their horizons has led to various rifts within societies and between countries.

I’m proud of present day India’s multiculturalism. Here you can experience unique traditions, practices, food, and various other things. Diversity helps you learn. It teaches you to adjust your expectations and be more tolerant of other religions. And, most importantly, it gives you a chance to show the world your empathy. But unfortunately, some Indians don’t make diversity sound like a good thing. I’m pained to see them categorize everything in our diverse culture into religions such as Hinduism or Islam. They label people, monuments, food, and pretty much everything with certain religions.

If we look back about 450 years, we’ll find an Indian capital city, Delhi, where diversity was celebrated. And that was all because of a great emperor, Akbar, who was a proponent of co-existence. However, his descendants ruined everything he stood for. The public started linking great monuments to various sects and created closed communities. Closed communities were a great disadvantage, as they prevented trade and caused people to criticize other religions. Unfortunately, in that period monuments came to be known not for their beauty or art, but for the religion of the people who built them.

As a race, we have become engrossed in dividing and separating countries, people, land, and money. It’s like we’re making 100 slices from a small loaf of bread. We might just forget to see our fellow humans as equals, as individuals who belong to the same species as we do. The only thing that makes humans as powerful as they are today is cooperation, which I fear is being lost to religious terrorism. When personal beliefs are imposed on one’s fellow human beings, and virtues of tolerance and inclusivity are not upheld, disruptive forces are sure to create an imbalance in society.

Once, my grandma told me a story from her childhood. She lived in Delhi in the midst of attacks by a terrorist organization. Prior to the attacks, she had helped a Muslim family that lived near her house. Due to unfortunate events, they had no income, and they had a newborn child. My grandmother gave them food and helped them in any way she could. During the attacks those same people came to her house and said they would protect her. Why? Because of their shared humanity. You get back what you give.

When he wrote this article, Samarth Jajoo was a seventh grader from Ahmedabad, India. He’s a programming enthusiast, and solving problems is his best source of entertainment! When not coding, you’ll probably find him in school, playing table tennis, or writing about something that triggers his imagination.