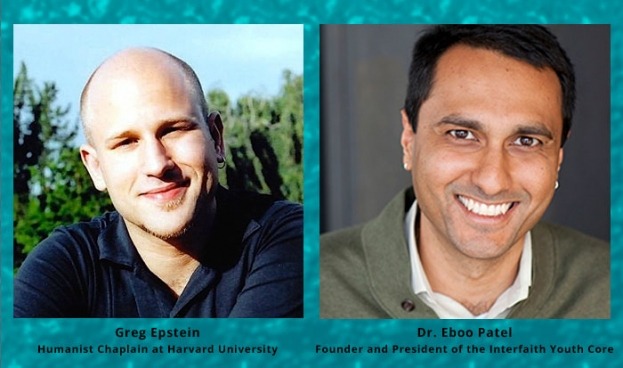 The Ethics of the Interfaith Movement

Posted by KidSpirit Online on September 21, 2017

By Akash Mehta in KidSpirit's The God Issue.
(click on panels in body of text to see larger versions)

What does it mean to live a good human life?

There, in a sentence, is perhaps the most important question a human can ask. Without an adequate answer to it, life is meaningless; we have been struggling to come up with one since our very inception. It is the question that has given rise to the entire field of philosophical ethics, the question each one of us must ask ourselves and try to answer in order to live a human life at all. 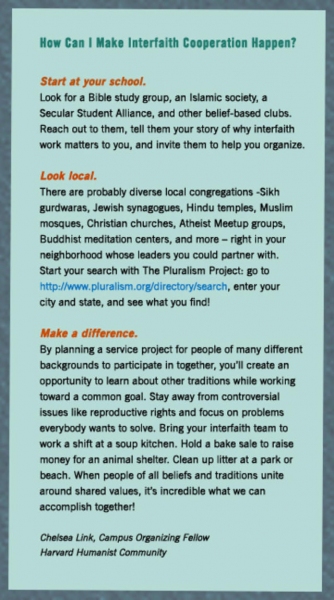 The most common and natural way to answer this question is to subscribe to a personal code of ethics, and then aspire to lead your life by this code. From the ancient warrior fighting for his country for whom devotion to his king and honor in battle are the ultimate duties, to the corn farmer in Kansas who truly believes he was put on this earth to support his family and to give his kids the opportunities they deserve, everyone has a picture of what he or she “should” be doing with their life. Of course, most of us don’t always live up to that ideal; the soldier’s fear might overcome his sense of honor, and he might run away at the moment of battle. Nevertheless, he still knows what he’d like to be brave enough to do. He has a sense of how he should live, how he would want someone else in his position to live.

Having a personal code of ethics is rarely enough — next, he will try to make others live by it. Whether this means raising his children with certain values, trying to convince others through conversation and debate to live in a certain way, forcing a group of people to do as he wants them to, or simply setting an example that will show others that his way of life bears positive results, he will likely influence and help create others’ ethical codes, both actively and passively. And then they, in turn, will influence the ethics of those around them. So spreads culture, ethics, and religion.

A religion is a system of ethics, reinforced and justified by a set of beliefs. For example, many religions use the idea of an afterlife to promote a certain way of living in this life. Many religions use ancient texts to convey morals, or interpret the world around them in a way that shows others how to live. Ways of living life that aren’t called “religious,” such as atheism, are generally also systems of ethics, only with a different set of beliefs, which are often more heavily founded on observation and reason.

Each one of us has an agenda, which is largely determined by our ethical codes. One of the most common elements of worldwide ethical codes is the desire to do service to others — to make others happy. It is almost impossible to find a religious or cultural group that doesn’t include service as a core value, whether this group is a Christian church, home to a soup kitchen; a Muslim community with a strong tradition of Zakat (one of the Five Pillars of Islam, meaning alms-giving); or a school whose graduation requirements include a number of community service hours. Making the world a better place, whatever that means to us individually, tends to rank high on our agendas.

Now, for the sake of ease, effectiveness, and enjoyment, if we want to make the world a better place, we prefer to do it with others than by ourselves. But how do we work with others when we have a different ethical code than they do?

To answer this question, I decided to take a step away from the abstract. The effort to make the world a better place, together with adherents of different faiths working in tandem, is called the Interfaith movement. For this article, I spoke to two figures prominent in this movement: Eboo Patel and Greg Epstein. 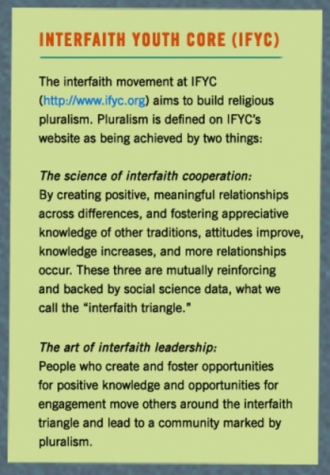 Dr. Patel is the founder and president of Interfaith Youth Core (IFYC). An Ismaili Muslim from Illinois and author of several books on Interfaith engagement, Dr. Patel [was] a member of President Obama’s Advisory Council on Faith-Based Neighborhood Partnerships, and has a PhD in the sociology of religion from Oxford. Mr. Epstein is the Humanist Chaplain at Harvard University and author of Good Without God: What a Billion Nonreligious People Do Believe.

Growing up in New York City, he was an “assimilated and disinterested Reform Jew.” He studied Buddhism and Taoism, and even went to Taiwan for a semester in college to learn more about Zen Buddhism. He holds a BA (Religion and Chinese) and an MA (Judaic Studies) from the University of Michigan, Ann Arbor, and a Masters of Theological Studies from the Harvard Divinity School. Before he began his career as the Humanist Chaplain at Harvard, he was, briefly, a professional rock musician.

Dr. Patel, in an email correspondence, said, “Religions can either be a barrier of division or a bridge of cooperation… Just like no two people are the same, no two faith traditions are the same, but people and faiths do have many things in common. We believe conversations should focus on what people and their backgrounds have in common instead of their differences. When we engage in conversation about these shared values, our religious traditions are serving as a bridge, bringing us closer together and strengthening our efforts for change.”

In essence, Dr. Patel emphasizes that we must concentrate on the similarities in our ethical codes, so that we are able to bring about positive change and become closer to one another. The work the IFYC does is a testament to the merits of this idea: the organization sends college students into their communities to do interfaith service work, which not only helps those served, but also helps the students themselves. As Dr. Patel puts it, “Our students come back with a broader view of the world, a greater appreciation for the traditions of those they served with, and a deeper connection to their own tradition.”

Dr. Patel said that as a child, he didn’t talk about his religion much, even though his closest friends were a Mormon, a Hindu, and a Cuban Jew. “We talked about everything — school, sports, our futures — everything except our religions. I learned many years after high school about the important role each of their religious traditions played in their lives and wondered why that was not something we were ever able to talk about as friends.” And he doesn’t exclude atheists when he talks about the interfaith movement and morality. He said, “Just like those who adhere to a religious tradition, the non-religious also value kindness, love, service, and community,” and that some of the most ethical people he knew were non-religious.

When I spoke to him on the phone, Greg Epstein echoed a lot of what Dr. Patel had said. I asked him what he thought should be done when the differences between various religions become a source of conflict between people in the Interfaith movement, and how to get past these conflicts. Chaplain Epstein said that exposure to people with different beliefs itself can help solve some of the problem. When people with conflicting views get to know each other, talk to each other about their differences, and start to see the similarities in each other, more often than not understanding will be built. For instance, he referenced the fact that if you don’t know a gay person, you are far more likely to be against same-sex marriage. This approach to differences draws upon the flexibility of our ethical systems, how they adapt to changing circumstances. 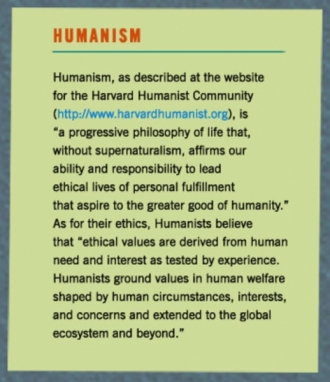 But Epstein made it clear that he didn’t think it was his job to bridge every ideological gap and he has a very clear agenda on certain issues; he mentioned gun control and the environment as two. He is willing to work with anyone who agrees with him that America needs tighter gun control and wants to do something about it, or who wants to help protect the environment. And he is willing to work against those who disagree with him on these issues. Interfaith work, he seemed to be saying, is not necessarily non-confrontational, but a key part of it lies in getting past certain disagreements that impede working for the greater good.

These two figures have completely different backgrounds and yet they agree on so much. This fact in and of itself makes us wonder how different we are from one another, really? If we all agree on the basics — that everyone has a certain set of rights, and that it is our responsibility to help those rights be acknowledged — should we really let any other disagreements get in the way of making the world a better place? Differences in ethics, in religion, in culture have created so many horrible tragedies — wars, genocides, mass discrimination — but I say, let’s counteract these evils by focusing on our similarities instead, so that we can create a better, more united, and more meaningful world together.

When he wrote this piece, Akash Mehta was 15 years old and a student at Saint Ann’s School in Brooklyn, NY. At the time, he enjoyed writing, reading, and spending time with friends. Akash is the founder of an organization called Kids for a Better Future (www.kidsforabetterfuture.org), which strives to make the world a better place for kids, as well as to prove that kids can make a difference, too.