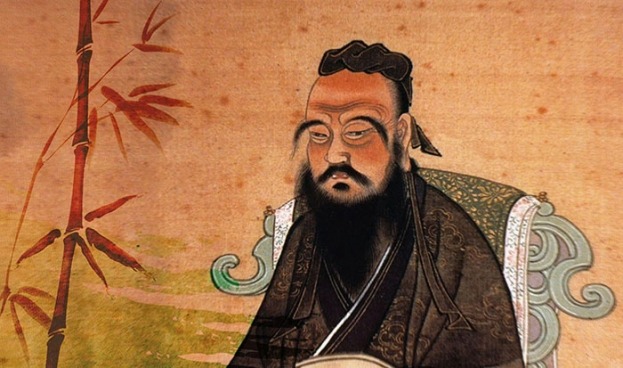 By Ralph Wang in the KidSpirit Unity and Division issue.

Throughout human history, there have been many attempts to explain society and make the world a better place. Great Unity is one of them.

According to this ancient Chinese philosophy, we will be unified when each person works happily for the public and we have sufficient resources for survival.

The concept of Great Unity first appeared in the Book of Rites, in which Dai Sheng recorded the teachings of the ancient Chinese philosopher Confucius. In this book, Confucius lectured on the proper behavior of humans and the ideal society, much as Plato did in The Republic. In the chapter liyun, Confucius complains that Great Unity is hard to achieve and sighs as he illustrates this concept to his student. In his theory, Great Unity describes a society in which people don’t have to shut their doors at night or worry about belongings they left on the road. The old and weak are well taken care of, and there is no war or pain. Every resource is abundant, everyone contributes to society, and everyone is free.

These ideas, in fact, have much to do with Confucius’s background. Confucius was born in 551 BC, during one of the most chaotic periods of Chinese history. Many feudalist kings and warlords were in power, and there were endless wars. The warlords’ bloodthirsty desire to dominate through force did not match with Confucius’s ideas, which led to a life of poverty for him. Confucius wished for an end to the constant war and turmoil and for a peaceful society, built on trust and harmony, that would care for everyone. This reaction is not unique; across history, craving for a utopian society is often caused by violence and chaos.

By describing a society of Great Unity, Confucius revealed something deeper about his philosophy — his belief in human individuality. Great Unity, in fact, allows people to act according to their own will, and then achieve happiness. Confucius, like almost every Chinese thinker, had pretty complex feelings towards free will. On one hand, he believed that if people were to act however they wanted, society would become chaotic. On the other hand, he believed that if everyone were to act against his or her own will, society would be dreadful. Like other philosophers, Confucius sought a balance between the two extremes.

Many reformers from other cultures have come across this problem. If we encourage a completely free society, we end up with anarchism. However, if we forbid humans from acting on their desires entirely, we end up with fascism. Like Great Unity, any concept of a cooperative culture finds a subtle balance between abstinence and hedonism.

However, a coup during the Han Dynasty inevitably changed the course of Chinese history. In 154 BC seven feudal kings joined together against the emperor. It took three months to put an end to this coup. Afterward, the emperors of China began to revise their strategies. To avoid future rebellions, a new political policy had to be adopted, a strong policy that granted the emperor power above all and could control the minds of the masses: Confucianism.

The emperors found that Great Unity, among other theories proposed by Confucius, offered an explanation for centralized control: it would lead to a better society which the Chinese could create only if they did it together. The society proposed in the Great Unity was not only appealing to civilians, but also charming for dominators, for it emphasized harmony and respect, creating a community where nobody thought above his or her position or wanted more power or wealth.

Careful readers may ask why feudal lords would trouble themselves to rule with unity when they could rule with violence. In fact, the Qin Dynasty, which preceded the Han dynasty, ruled with strict laws and harsh punishments. After only 14 years, revolutions started by farmers who could not bear the tyranny put an end to the Qin Dynasty. Every following dynasty learned from this experience and tried to (at least to some extent) treat their people nicely. Great Unity fit the emperors’ need to maintain order without cruelty.

Thousands of years later, at the end of the nineteenth century, Kang Yu-Wei, another famous thinker, brought Great Unity to a new level. In his book Da Tong shu, or The Book of Great Unity, Kang proposed a society free of hierarchy, with no distinctions of class or race and no discrimination. Like Confucius, Kang lived in an era of constant chaos and anguish. Born in 1858, in the middle of the second Opium War, Kang witnessed the dawn of a powerful European empire. The once mighty and wealthy Chinese empire that stretched its reign across the vast Eurasian continent was now tortured and humiliated by new warships and rifles. A massive plague occurred during Kang’s youth, killing an estimated 10 million farmers and causing twice that number to flee to other provinces.

Though he was born into a rich landlord’s family, these horrible scenes must have changed Kang deeply and made him determined to devote himself to the salvation of the Chinese people. Borrowing from the Buddhist concept of Samsara, which portrays existence as an endless cycle, Kang argued that everyone in this world is constantly suffering, and the only way to free ourselves and our societies from this never-ending pain is through achieving the Great Unity.

In 1898, after Kang realized the limits of feudal society, he inspired and started a reformation movement known as the “wu xu”reformation. After witnessing the strength of western societies during the Opium Wars, reformers in China sought to combine the utopian society of Great Unity with advanced western science. Despite the fact that this movement eventually failed, it inspired many young men to seek knowledge abroad, warlords to equip their troops with foreign weapons and training, merchants to do business with foreigners, and scientists to adopt western techniques. The Great Unity, deliberately or not, boosted the opening up of China, helping to found the first capitalist society in China and inevitably changing the history of the world.

Two fundamental points of Great Unity are to make human society a better place and create equality among people. Thus, after this old theme was revitalized by Kang, it resonated with many hearts. Li Dazhao in the north and Chen Duxiu in the south combined the philosophy with Russian socialism and created the very first form of Chinese Communism. At about the same time, a young college librarian was attracted by the theme and also combined the concept of Great Unity with communism. This librarian would later become the first chairman of People’s Republic of China, Mao Zedong.

Communism and Great Unity do have some central ideas in common. Both bring up the concept of a sufficient society. In Communist communities, people need not worry about finding labor and materials; in Great Unity, people no longer need to shut their doors at night and collect lost things from the floor. Another significant similarity is that both theories require citizens to be morally perfect, as everyone must treat each other with respect and share resources.

These concepts are not rare in the course of human history. Plato imagined a similar place in The Republic; Buddhism illustrates another world where resources are plenty and people live in happiness; Christian and Islamic sources talk about a place that offers eternal happiness, heaven. All of these perfect worlds share one thing in common, which is unlimited resources, something that brings us safety and harmony. It is not surprising that most civilizations came to similar conclusions when they were wondering what a perfect world would be like.

In the context of the 21st century, Great Unity is still a beautiful concept that we can not only desire but pursue. A social theory called “effective altruism” is gaining popularity. Such ideas call upon people to help others effectively: five dollars probably won’t mean much for someone in New York or Paris, but it can provide a shot of BCG vaccine for the impoverished in Africa, which could save lives. A world with unlimited resources may seem far away, but we can still share what we have and care for others, proving that part of Great Unity, if not all of it, is still achievable.

When he wrote this piece, Ralph Wang was a 17-year-old high school student in Beijing, China. A senior student at the time, his interests included philosophy, religion, and humanities. He is also a martial artist.