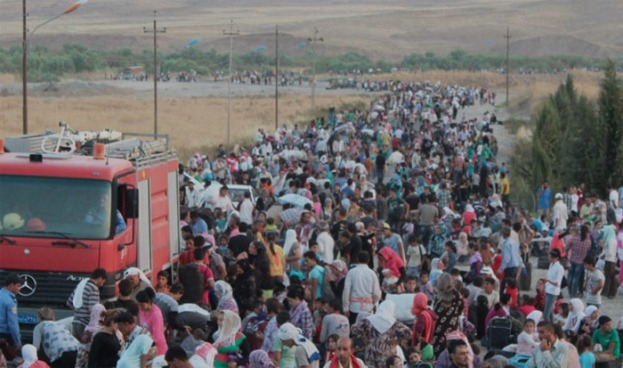 A Prayer for Global Refugees

Balm to the Weary, we are shocked and saddened by the news that there are more refugees in the world today than have been recorded since the United Nations began collecting numbers in the early 1950s. They have been displaced by war, conflict, persecution, injustice, environmental pressures, and competition for scarce resources.

Report: According to the United Nations High Commission for Refugees, there are at least 59.5 million refugees in the world today, including 38.2 displaced within their own countries. That means that one in every 122 human beings is a refugee, and many of them are children. (UNHCR.org)

She Who Hears the Cries of All the World, be with these men, women and children as they are forced to leave their homes and struggle to find food, shelter, and respite from disease. Comfort them as they deal with their losses. Give them hope and the strength to seek a better future. Remind us to keep them always in our thoughts and prayers.