Full disclosure: I consider myself part of the Baby Boom Generation (born 1946 - 1964), even though I was born a little before them. (Mary Ann makes the cut.) I have always had high hopes for this generation.


In the 1960s, many of us dreamed of reshaping the United States with the ideas and ideals of the counterculture. There were protest movements against the Vietnam War and the ticky-tacky way of life in suburbia. Later, Baby Boomers led the women's rights and environmental movements.


Not that there were not serious challenges to our hopes and our idealism along the way. We were shocked by assassinations of John F. Kennedy, Robert Kennedy, Dr. Martin Luther King, Jr., and John Lennon. Our activism gave way to concerns about getting ahead on the job and raising families to enjoy the luxuries we had become accustomed to in the 1950s.

By the 1990s, many Boomers had decided to be realists and didn't protest when the politicians (of the same generation) began catering to the interests of powerful lobbies, crafting trade and environmental agreements that in earlier years, we might have questioned. We were not willing to get out on the streets and fight the corporations that are defiling the good earth, taking tax breaks to locate overseas, and controlling our food supply. When the terrorists attacked, many Baby Boomers ditched John Lennon's idea of giving peace a chance and joined those wanting to devote a large portion of our taxes to the defense of America and endless wars around the globe. We gave up on the big picture and handed our destinies and the future of our children over to the rich and the powerful who control politics (both parties), the media, the economy, and our food supply. 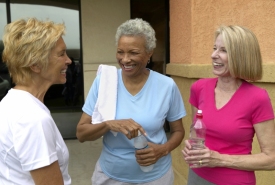 I'm sad to say that our legacy as Baby Boomers is a travesty of our early idealism. Now as 100 of us turn 65 years every 13 seconds, our time in the sun is over, and a new generation is taking center stage.

For the first time since 1947, people of America's most common age are not Boomers. New Census Bureau data shows that 22-year-olds are now the most numerous age group in America, followed by 23-year-olds and then 21-year-olds. 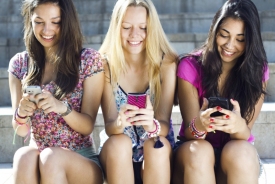 These young men and women are digital omnivores who rely on their smart phones and the latest apps. They are the first "always connected" generation. Hopefully, they will be able to make the right decisions regarding the expanded roles of computers and robots in the future.

Millennials out-voted seniors in the 2012 presidential election. Perhaps they will be able to do what no other generation has done: find ways of moving beyond the dysfunctional two-part political system where both Republicans and Democrats are pawns in the hands of Washington lobbyists. This will take incredible savvy, patience, and creativity.

The majority of millennials support social justice, racial equity, gender equality, and same-sex marriage. Will this translate into a full- fledged attack on income inequality (the 1% vs. the 99%) and the continuing diminishment of the middle-class? Will Millennials use their large numbers to deal immediately with environmental destruction and climate change? Will they be able to marshal the will-power to end America's pre-occupation with endless war and new weapons systems?

There have been plenty of negative reports on the Millennial Generation, citing their sense of entitlement, their shallowness, and their narcissism. But the same things were said about the Baby Boom Generation. We hope that David Burstein, author of Fast Future: How the Millennial Generation Is Shaping the Future, is correct when he says that this group of young men and women are pragmatic idealists who have weathered the 9/11 attacks, two wars, the impeachment of one president, the dysfunctional economy, the Columbine shootings, and the decline of the environment.


By 2020 its members will represent one out of every three adults in the country. We hope and pray that they can do a better job than we did in creating a more just, peaceful and better world.