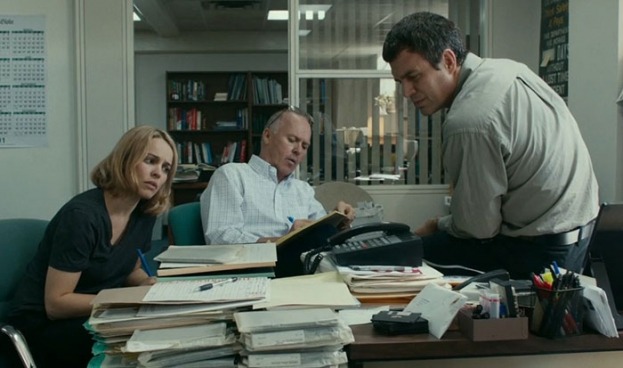 Posted by Frederic and Mary Ann Brussat on January 5, 2016

The staff of Variety, the entertainment trade publication, has put together a list of 14 of 2015's best movie scenes. We were quite interested to take a look at their choices. Years ago when we published Living Room Learning, we regularly identified scenes which we called "Human Touches in the Movies." We described them as "scenes, characters, and images which show us the way we are." We plan to bring back something like this in 2016.

Among Variety's winners are the moment in Carol where two women lovers lock eyes across a crowded room near the end of the drama; the adrenaline-pumping car chase in the climax in Mad Max: Fury Road; and the discussion among journalists in Spotlight who realize that the story of child abuse slipped through the cracks five years earlier.

There are many more well-acted and well-written screenplays from this year's movies. When you see these films, we encourage you to watch for scenes which convey human values worth emulating.