The Fine Arts of Relaxation, Concentration, and Meditation Ancient Skills for Modern Minds

"One day over tea, my friend and mentor the late Paul Reps, the author of Zen Flesh, Zen Bones, shared the following story of his studies in the Orient. At one point, Reps had traveled to Japan, with plans to visit a respected Zen master in Korea. He went to the passport office in Japan to apply for his visa and was politely informed that his request was denied due to the war that had just broken out in Korea. Reps sat down in the waiting area. He had come thousands of miles intending to study with this Korean master. He was frustrated and disappointed. What did he do? He practiced what he preached. Reaching into his bag, he mindfully pulled out his thermos, and poured himself a cup of tea. With a calm and focused mind, he watched the steam rising and dissolving into the air. He smelled its fragrance, experienced its tasty bitter flavor, and enjoyed its warmth and wetness. Finishing his tea, he put his cup back on his thermos, put his thermos in his bag, and pulled out a pen and paper upon which he wrote a haiku poem. Mindfully, he walked back to the clerk behind the counter, bowed, and presented him with his poem, and his passport. The clerk read it and looked up deeply into the quiet strength in Reps' eyes. Smiling, he bowed with respect, picked up Reps' visa and stamped it for passage to Korea. The haiku read:

Drinking a cup of tea,
I stop the war.

"Outer wars and conflicts come from and mirror the inner conflicts in each of our hearts and minds. A first step toward peace is learning to recognize the outbreak of internal conflict and war in our own minds. This is a very powerful and profound art. During times of strife our lives depend most of all on learning to carefully observe the creative activity of our own mind as it weaves impressions and stories into beliefs that shape our attitudes and actions, set our priorities, drive our communications and actions in the world." 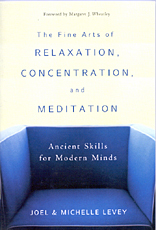