Incognito The Secret Lives of the Brain

"The battle between emotional and rational networks in the brain is nicely illustrated by an old episode of The Twilight Zone. I am paraphrasing from memory, but the plot goes something like this: A stranger in an overcoat shows up at a man's door and proposes a deal. 'Here is a box with a single button on it. All you have to do is press the button and I will pay you a thousand dollars.'

" 'What happens when I press the button?' the man asks.

"The stranger tells him, 'When you press the button, someone far away, someone you don't even know, will die.'

"The man suffers over the moral dilemma through the night. The button box rests on his kitchen table. He stares at it. He paces around it. Sweat clings to his brow.

"Finally, after an assessment of his desperate financial situation, he lunges to the box and punches the button. Nothing happens. It is quiet and anticlimactic.

"Then there is a knock at the door. The stranger in the overcoat is there, and he hands the man the money and takes the box. 'Wait,' the man shouts after him. 'What happens now?'

"The stranger says, 'Now I take the box and give it to the next person. Someone far away, someone you don't even know.'

"The story highlights the ease of impersonally pressing a button: if the man had been asked to attack someone with his hands, he presumably would have declined the bargain.

"In earlier times in our evolution, there was no real way to interact with others at a distance any farther than that allowed by hands, feet, or possibly a stick. That distance of interaction was salient and consequential, and this is what our emotional reaction reflects. In modern times, the situation differs: generals and even soldiers commonly find themselves far removed from the people they kill. In Shakespeare's Henry VI, Part 2, the rebel Jack Cade challenges Lord Say, mocking the fact that he has never known the firsthand danger of the battlefield: 'When struck'st thou one blow in the field?' Lord Say responds, 'Great men have reaching hands: oft have I struck those that I never saw, and struck them dead.' In modern times, we can launch forty Tomahawk surface-to-surface missiles from the deck of navy ships in the Persian Gulf and Red Sea with the touch of a button. The result of pushing that button may be watched by the missile operators live on CNN, minutes later, when Baghdad's buildings disappear in plumes. The proximity is lost, and so is the emotional influence. This impersonal nature of waging war makes it disconcertingly easy. In the 1960s, one political thinker suggested that the button to launch a nuclear war should be implanted in the chest of the President's closest friend. That way, should the President want to make the decision to annihilate millions of people on the other side of the globe, he would first have to physically harm his friend, ripping open his chest to get to the button. That would at least engage his emotional system in the decision making, so as to guard against letting the choice be impersonal.

"Because both of the neural systems battle to control the single output channel of behavior, emotions can tip the balance of decision making. This ancient battle has turned into a directive of sorts for many people: If it feels bad, it is probably wrong. There are many counter examples to this (for example, one may find oneself put off by another's sexual preference but still deem nothing morally wrong with that choice), but emotion nonetheless serves as a generally useful steering mechanism for decision making.

"The emotional systems are evolutionarily old, and therefore shared with many other species, while the development of the rational system is more recent. But as we have seen, the novelty of the rational system does not necessarily indicate that it is, by itself, superior. Societies would not be better off if everyone were like Mr. Spock, all rationality and no emotion. Instead, a balance — a teaming up of the internal rivals — is optimal for brains. This is because the disgust we feel at pushing the man off the footbridge is critical to social interaction; the impassivity one feels at pressing a button to launch a Tomahawk missile is detrimental to civilization. Some balance of the emotional and rational systems is needed, and that balance may already be optimized by natural selection in human brains. To put it another way, a democracy split across the aisle may be just what you want — a takeover in either direction would almost certainly prove less optimal. The ancient Greeks had an analogy for life that captured this wisdom: you are a charioteer, and your chariot is pulled by two thunderous horses, the white horse of reason and the black horse of passion. The white horse is always trying to tug you off one side of the road, and the black horse tries to pull you off the other side. Your job is to hold on to them tightly, keeping them in check so you can continue down the middle of the road." 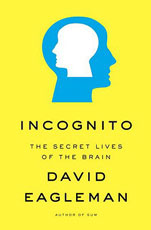