Living a Loved Life Awakening Wisdom through Stories of Inspiration, Challenge and Possibility

By Dawna Markova
An account of stories told at a conference that enabled people to heal from violence.

"When Andy and I received an invitation to speak at a conference dedicated to repairing the ruptures between men and women in the world, we knew we had to go, in spite of the fact that India was a very long way to travel. We flew to Rajasthan, where we were picked up in a rusting rattletrap of a car by a perpetually smiling man named Ullu. He chattered in Hindi as he raced over ruts and potholes up the winding road to Mount Abu. At the top, he screeched to a halt at a place called Peace Village, and both of us, white-knuckled, began to breathe again.

"Walking into the main meeting room, I was surprised to see twenty glass booths surrounding the auditorium with a translator in each. Over a hundred participants from more countries than I could count were milling around, speaking languages I had never even imagined. As we waited for the opening session, we were given headsets to wear during the meetings so we could understand each other. Then a plump silver-haired woman dressed in white with a bright red dot in the middle of her forehead and iridescent brown eyes was introduced as Dadi Janki. I was aware that she was the first female head of a religion I had ever met. As the room settled in silence, she began to speak. The translator in my ear said that she was going to teach one phrase to connect us when we were away from the translators in that room: 'Om Shanti. May there be peace within and between us.'

"As I climbed the stairs to the stage to address all those diverse people with opening remarks to the conference, I had no idea what was going to come out of my mouth. 'Om Shanti.' Everyone in the room echoed back the words. Then in a quivering voice, I began: 'Telling stories is my true native language. It has taken me many years to realize that some of the stories we tell ourselves and each other limit possibilities, while others liberate them and allow us to love the lives we are living.' My breath steadied. I went on to ask what I had come all that way to discover: 'What are the stories and rituals that are helping the people in your country heal the ruptures and violence between men and women?'

"A man from Bali told a story about how the people in his village used dance and art to express the most difficult of emotions and problems so they could be explored. He said they also hung symbols of those feelings — lust, jealousy, and rage — outside their houses. They made offerings of fruit and flowers to the demons. In this way, they recognized the existence of emotions that caused violence, but also acknowledged their intention to prevent it from entering their homes.

"A woman from South Africa stood and told a story about how her family had healed the wounds of apartheid through the Truth and Reconciliation process. 'It has given us a way to witness and speak directly to the perpetrators of the gross violence done. It provides the perpetrator the opportunity to mend the violation in public without fear of retribution or further damage.'

"Hours passed. Not one person spoke a word of blame or accusation. As we witnessed what could be possible, a river of tears and wonder began to carry and connect the whole community. I imagined all the women and men with whom Andy and I had worked who had suffered sexual violence floating in that river. I imagined those who stood behind us and those who would follow us — my son David, and all of the children of all the participants — being washed clean in the wisdom we had been sharing." 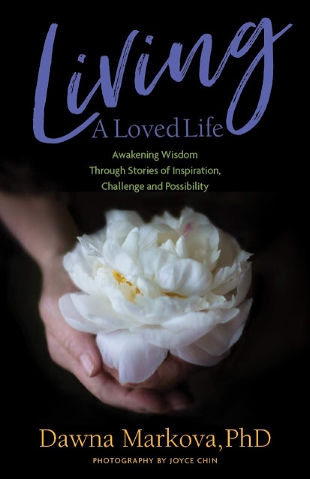