Ten Lessons for a Post-Pandemic World

"I am not a fan of big government. I grew up in India, a country with a large, ambitious state that was a model of incompetence and inefficiency. It destroyed India's prospects for decades and still holds the country back. Simply enlarging the size of government does little to solve societal problems. Good government is about limited power but clear lines of authority. It is about giving officials autonomy, discretion, and the ability to exercise their own judgment. It requires recruiting bright, devoted people who are inspired by the chance to serve their country and earn respect for doing it. This is not something that can be created overnight, but it can be done. Taiwan and South Korea were not born with good government. On the contrary, they began as corrupt dictatorships but they developed their own models over decades, learning from others. In fact this is a common trait of almost all the countries that handled the pandemic well — they learned from history. They saw that capitalism worked and adapted it to their own societies. Many of them embraced the latest technologies so that they could leapfrog stages of development. Most recently, some experienced SARS and MERS, learning from those epidemics, preparing well for the next outbreak. But in general, their mindset has been to look around and find best practices to emulate. Historically these countries often learned from the United States.

Over the last few decades, America's extraordinary position of power has shielded it from the consequences of a government that consistently executes badly. So many of America's recent efforts — from the occupation of Iraq to the simple extension of subway lines — have been costly disasters. For decades now, compared with citizens of other advanced countries, Americans have put up with a government that is second-rate at all levels. The country can compensate. Washington has the world's reserve currency and can print trillions of dollars. It still boasts the largest military on the planet. America has a huge tech industry, dominating the digital world. The country's vast internal market means that it can ignore many of the pressures of trade and external competition. But these are crutches. They prop up the country, allowing it to escape penalties, never really experiencing the true costs of its mistakes — until now.

"America is successful enough never to collapse, but it could slowly edge downward, muddling along with a haphazard mix of dynamic economics and dysfunctional politics. While American military power might still outrank all others, the lives of average Americans would continue to slip behind, oblivious to the improvements abroad. The country could become more parochial and less global, losing influence and innovation, all the while consoling itself with fantasies that it is utterly exceptional. For many decades, the world needed to learn from America. But now America needs to learn from the world. And what it most needs to learn about is government — not big or small but good government." 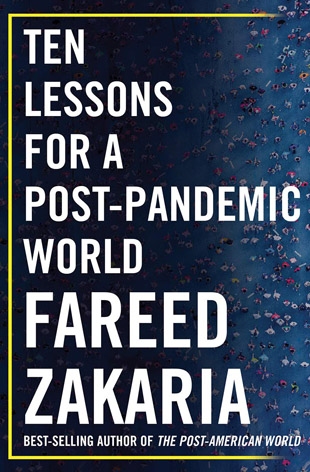