Crooked Cucumber The Life and Zen Teaching of Shunryu Suzuki

By David Chadwick
A presentation of this Zen master's legacy.

"Whatever he did, he did it completely with his whole body and mind. Once he said, 'A tiger catches a mouse with all its strength,' " notes David Chadwick in this compelling and profound biography of Shunryu Suzuki (1904-1971), founder of the San Francisco Zen Center and author of the bestselling Zen Mind, Beginner's Mind. By the time he arrived in the United States in 1959 at age 55, Suzuki had been trained as a monk and served as a priest in Japan during World War II.

"The secret of Soto Zen is just two words: not always so," wrote this master of paradox who emphasized daily zazen and what he called "practice" — extending meditation into all activity. Chadwick, who was ordained by Suzuki just months before his death, spices up this work with previously unpublished passages from his master's talks and correspondence. "Things are always changing, so nothing can be yours." Suzuki, an avid gardener and vegetarian, believed in living in the moment. "As long as you seek for something, you will get the shadow of reality and not reality itself." This influential teacher of American Buddhism's legacy also includes Tassajara, the first Zen monastery in the West and the work of the many monks he ordained. 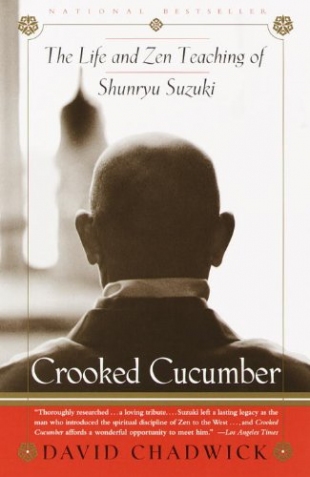