Daniel Berrigan has always intertwined poetry and social activism. They are the two expressions of his soul, the arenas where his imagination flourishes. From his father, he picked up an appreciation for the sounds and rhythms of poetry. During his years of study as a Jesuit, Berrigan savored the works of Gerard Manley Hopkins, T.S. Eliot, Robert Frost, and Ezra Pound. His first book of poetry, Time Without Number (1957) was nominated for a National Book Award and won the Lamont Prize for Poetry given by the American Academy of Arts and Letters.

For the next 40 years, Berrigan spearheaded Christian protests against war and worked for social justice. He spent plenty of time in prison, writing more poems there. His fascination with the prophets and the revolutionary peacemaker from Nazareth crops up again and again on these pages. Berrigan is unflinching in his prophetic criticism of American warmongering. His most powerful poems give us images of peace as something more than an ideal. 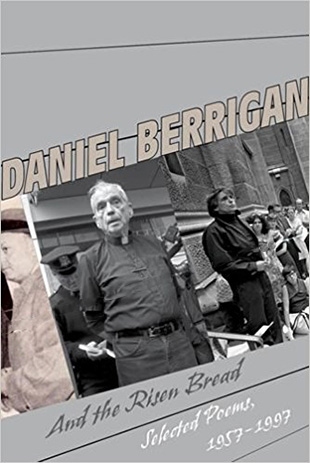