By Mary Lou Kownacki
A spiritual primer on applying Benedictine values to life in the inner city where poverty, injustice and violence hold sway.

Mary Lou Kownacki is a Benedictine nun and former executive director of the Alliance for International Monasticism USA. In 2006 she was honored by Pax Christi USA as their Pope Paul VI Teacher of Peace. Her books include Between Two Souls: Conversations with Ryokan, which we named one of the Most Spiritually Literate books of 2004.

A Monk in the Inner City, a sturdy, prophetic, and substantive work, consists of alphabetically arranged entries covering 40 years of Kownacki's participation and service in the inner city of Erie, Pennsylvania, which has the highest percentage of minority children living in poverty in the United States. She has tried to incarnate and consistently ponder the important values of the monastic tradition including love, compassion, listening, hospitality, stewardship, sacred leisure, and reverence for all living beings. She challenges us to come alive to the call of justice and peace in all of their manifestations.

She begins the day at 5 a.m. by kissing the rosary and praying for mercy in candlelight with an icon of the Black Madonna: "Mercy on the corner bar. Mercy on the crack house down the street. Mercy on the prostitute coming home with money to feed her children. Mercy on the children sleeping through a winter storm, rags stuffed in their bedroom windows. Mercy, mercy, mercy." Embracing the suffering world of poor people and children who can see no future for themselves is not an easy thing to do on a day-by-day basis. But to rebuild homes, to read to children, and to uphold community is a high and holy calling.

Kownacki aspires to a beginner's mind, open to all ideas, people, and experiences. She delights in the angels who have appeared in her life. She cherishes the beauty that can save the world and lift the spirit of kids. Spending time in Haiti, she confronts her fear of personal injury or death and realizes the lives of the poor are of more value than her own safety. Spending time in a jail in Washington for protesting the Vietnam War, she comes face-to-face with her own impatience. She is inspired by her favorite spiritual mentors: Dorothy Day, Mahatma Gandhi, Thomas Merton, Maha Ghosananda, Thich Nhat Hanh, and Dom Christian. She stands in solidarity with an old priest who was removed from the pulpit of a diocesan cathedral in the South for telling the faithful that the cross takes precedence over the American flag.

Kownacki reveals her moral and spiritual resilience on these pages as she describes her stands for peace, justice, mercy, and compassion. She doesn't allow poverty, apathy, violence, or fear to bring her down. She is fortified by the spiritual practices of attention, beauty, forgiveness, gratitude, hope, joy, and kindness.

Kownacki ends the book with an essay on "Zeal," which is the last practice in our Alphabet of Spiritual Literacy. She begins with the story of one of the Christian desert fathers, Abba Lot, who went to see his elder, Abba Joseph, and said: "Abba, as much as I am able, I practice a small rule, all the little fasts, some prayer and meditation, and remain quiet. As much as possible I keep my thoughts clean. What else should I do?" The old man stood up and stretched out his hands toward heaven, and his fingers became like torches of flame. And he said, 'Why not be turned into fire?"

A saint, Kownacki says, can be described as "one whose life burns away in God's use." Although the word zeal has dark connotations (the fire and brimstone evangelicals and fanatics of every stripe), it also is a good way to describe the righteous indignation of Jesus in the Temple: he modeled for us a path of self-sacrifice and service of others. This sacred way of living shines on every page of this extraordinary book! 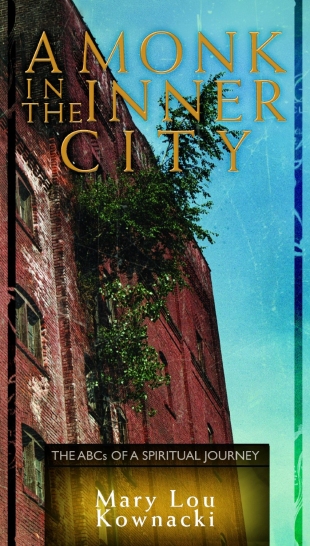