Paul is a pivotal person in the early stages of Christianity; he is the one who was responsible for expanding the Jesus movement to include Gentiles as well as Jews. But his letters have been used to endorse slavery, subordinate women, and condemn homosexual behavior. In this enlightening work, Marcus Borg, Hundere Distinguished Professor of Religion and Culture, Emeritus, at Oregon State University, and John Dominic Crossan, Emeritus Professor of Religious Studies at DePaul University in Chicago, team up again. Their previous collaborations were The First Christmas and The Last Week. This time they explore Paul's importance, character, and messages.

Borg and Crossan contend that there are "Three Pauls" in the New Testament:

These distinctions help clear up a lot of the confusion around his ministry. The authors also discuss the nature of his "thorn in the flesh," his urban missionary strategy, the justice of equality in Christ Jesus, his alternative to Rome's program of peace through victory, his "identity transplant" from the old Paul to "a Jewish Christ mystic," the multiple meanings of his understanding of "justification by grace through faith, " the unity of Jewish Christians with Gentile Christians, and more. 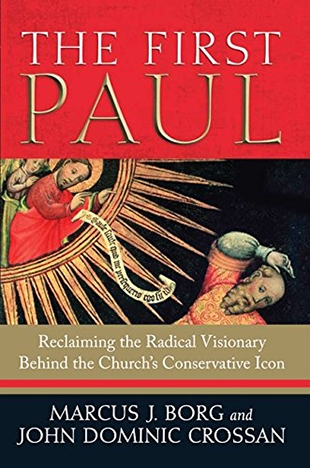