By Paul F. Knitter
A thoughtful, illuminating, and adventuresome interfaith journey by a respected Christian theologian and advocate of religious double belonging.

Paul F. Knitter is the Paul Tillich Professor of Theology, World Religions and Culture at Union Theological Seminary in New York and the author of many books including The Myth of Religious Superiority. He started out as a Catholic priest but left in order to marry in 1982. For 30 years, he taught undergraduates at Xavier University in Cincinnati. During this period, Knitter benefited spiritually from his conversations with Jews, Muslims, Hindus, and Native Americans. But as a Christian theologian, he was taken aback at the light shed on his own beliefs and experiences in his encounters with the lives and practices of Buddhists. In this illuminating work, he examines his difficulties in affirming basic Christian beliefs, his journey of "passing over" to Buddhism, and a summary of what he has learned in "passing back" to his Christian faith. The terms in quotes are from John Dunne's The Way of All the Earth where one ventures from one religion to another and then later returns to one's own religion after walking in someone else's religious moccasins.

One of the major problems with Christianity is its widespread allegiance to dualism of matter and spirit, East and West, nature and history, male and female, God and the world. Buddhists, on the other hand, emphasize the connections among all things. From them Knitter returned to his Christian faith with a new appreciation for the Christian mystical tradition that emphasizes unity rather than separation. Not so easy when confronting the problem of evil. Whereas Christians arm themselves to do battle with evil-doers, Buddhists, who are more tolerant of human ignorance, refuse to call people, events, or things evil. They even have a spiritual practice whereby people befriend the evil within. Knitter returns to Christianity with the challenge of dealing with sin, sinners, and the mystery surrounding evil in fresh ways.

In another chapter, the author shows how Buddhism has helped him come to a deeper appreciation of words that honor the mystery within us, around us, and between us. He probes the Zen emphasis on the present moment instead of the Heaven of the future or life after death. Again Buddhism enables him to see the beauty in cherishing the Mystery of life and death without the accent of Heaven and Hell. In a chapter sure to bring conservative Christians to a boil, Knitter acknowledges Jesus and Buddha as "both unique manifestations of Holy Mystery or the Spirit." He quotes John Cobb, Jr.: "Jesus is the Way that is open to other Ways."

In a chapter on prayer and meditation, Knitter carries the treasures of silence and mindfulness from Buddhism meditation back to his Christian devotional life. And in a profound exploration of "Making Peace and Being Peace," he salutes the Buddhist emphasis on compassion, the melding of contemplation and action, and the ability not to take sides. Then he mixes that with the Christian pursuit of justice, Jesus' command to love one's enemies, and the need for structural change in an unfair and bigoted world. In the concluding chapter, Knitter states: "In 1939, I was baptized. In 2008 I took refuge. I can truly call myself what I think I've been over these past decades: a Buddhist Christian." This "double belonging" has enriched his life and faith in profound and meaningful ways. And so it can for others who choose this wonderful interspiritual path. 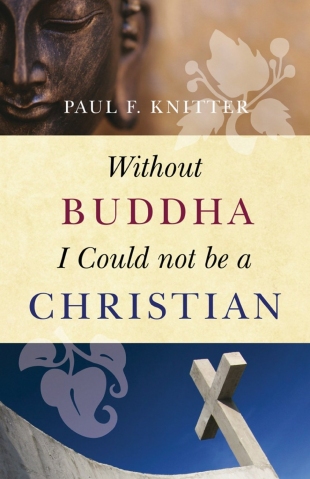