By Jean-Pierre Filiu
A substantive history of the 140-square-mile strip of land between Israel, Egypt, and the Mediterranean Sea.

Gaza is a 140-square mile strip of land about the size of greater Omaha, Nebraska. In 1948 with the genesis of the state of Israel, 2000 people flooded into Gaza and over the years they have nourished dreams of a Palestinian state. For centuries, this land has been occupied by a myriad band of empires and enemies including the Byzantines, Ottomans, Arabs, Persians, Romans, and now Israelis.

Oxford University Press calls this substantive volume by Jean-Pierre Filiu "the first complete history of Gaza in any language." The author is Professor of Middle East Studies at Sciences Po in Paris. He has held visiting professorships at both Columbia University and Georgetown University. Filiu's books and articles have been published in a dozen languages.

Gaza stands between Israel, Egypt, and the Mediterranean Sea. Approximately 1.6 million people live out their days in what has been described as "the largest open air prison in the world." In September 2005, 38 years of occupation by Israel came to an end, but Israel still controls access to the area. Gaza remains an open wound in the Middle-East as the 2009 Israeli attack on Gaza revealed to the world; 1700 Palestinians died, 200 of them children. With their homes and shops destroyed, the war has displaced some 460,000 people. (The summer of 2014 saw an even more devastating attack on Gaza by Israel.)

Filiu has divided the book into sections on Gaza Before the Strip; 1947-67: The Generation of Mourning; 1967-87: The Generation of Dispossession; 1987-2007: The Generation of the Intifadas; and a concluding chapter on The Generation of Impasses? Along the way, the author covers the challenges faced by refugees, the nightmare of dealing with the lengthy Israeli occupation, the many battles between the political movements Fatah and Hamas as they compete for the allegiance of the Palestinian population, the era of the assassins, and five years in the ruins.

Filiu believes that the Israel-Palestinian conflict demands a two-state solution along with an inter-Palestinian reconciliation. Only time will tell whether these options can gain any traction given all the pain and suffering, death and destruction of the past. 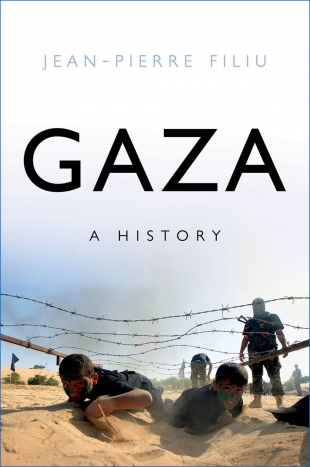