By Jenny Nordberg
Three life stories that illustrate the terrible plight of women in Afghanistan.

In the 2003 movie Osama, writer and director Siddiq Barmak created a harrowing drama after reading a newspaper story about a young girl who disguised herself as a boy. It was the first feature length film made in Afghanistan after the fall of the Taliban and was shot with the only 35 mm camera in the country. It rigorously depicted the systematic abuse of women in every area of their lives. No wonder the little girl's grandmother complains, "I wish God hadn't created women." Unable to work or travel outside without an accompanying male, their lives are severely limited. Worst of all is the feeling that they are prisoners in a culture that despises their very existence. Osama delivered a cry from the heart of subjugated and humiliated women in Afghanistan under the rule of the Taliban.

The Underground Girls of Kabul carries these themes even further into our hearts and consciousness. The book's author, Jenny Nordberg, is a Swedish journalist. She shines a light on girls, known as bacha posh, a term that literally means "dressed up as a boy." Every married woman in Afghanistan's main purpose in life is to bear a son. A mother who has no sons is viewed as damaged goods, and this attitude is hammered home by men in positions of power. In addition, nine out of ten Afghan women will experience some form of domestic abuse. No wonder Nordberg reminds us that this country, according to the United Nations, is the worst place in the world to be born and the most dangerous place to be a woman.

In telling the harrowing stories of three women who have been presented to the world as boys, Nordberg makes it clear that it is going to take a long time for the powerless and put-upon women of Afghanistan to be seen as human beings. 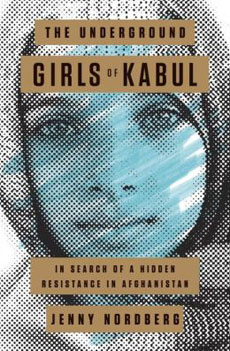